Professor Rick Stafford is part of a non-partisan effort aimed at educating newly elected officials on legislative history and process.

Stafford is one of a team of professors—assembled by Dr. Joseph McLaughlin, director of the Temple University Institute for Public Policy—whose purpose is to better inform new Pennsylvania house representatives and state senators in order to help them be more effective lawmakers.

Stafford comments that candidates “run on issues, not on how well they know the institution,” and therefore that many come into their new roles without knowledge of the complex circumstances and history that shaped the legislature over the years.

This year, Stafford moderated a panel on the history of the Pennsylvania General Assembly, led discussions about the Pennsylvania State Constitution and function of the Legislative Reference Bureau, and convened a session on budgetary matters. Stafford says the budgetary session may be the most important part of the program.

“If you’re a legislator and you want to get things done for your district, you better understand the budget process,” he said.

Stafford, himself a Heinz College alumnus, formerly worked in Harrisburg in the cabinet of Governor Dick Thornburgh. He is thrilled to be a part of this important effort, one ultimately rooted in public service, not politics.

“The end goal is not a partisan goal…each caucus has its own orientation for new members. [Our aim] is to give them a sense that they are serving the public in an institution. [They] have a responsibility to understand the institution and how it works,” said Stafford, adding that such knowledge is essential for all new legislators, even (or perhaps especially) those who specifically campaigned against the establishment. 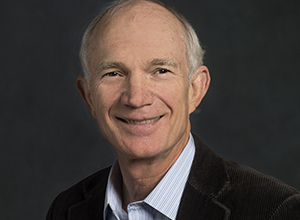