10 QUESTIONS WITH.... CORAL WRIGHT, DIRECTOR OF ORIGINAL SERIES AT NETFLIX 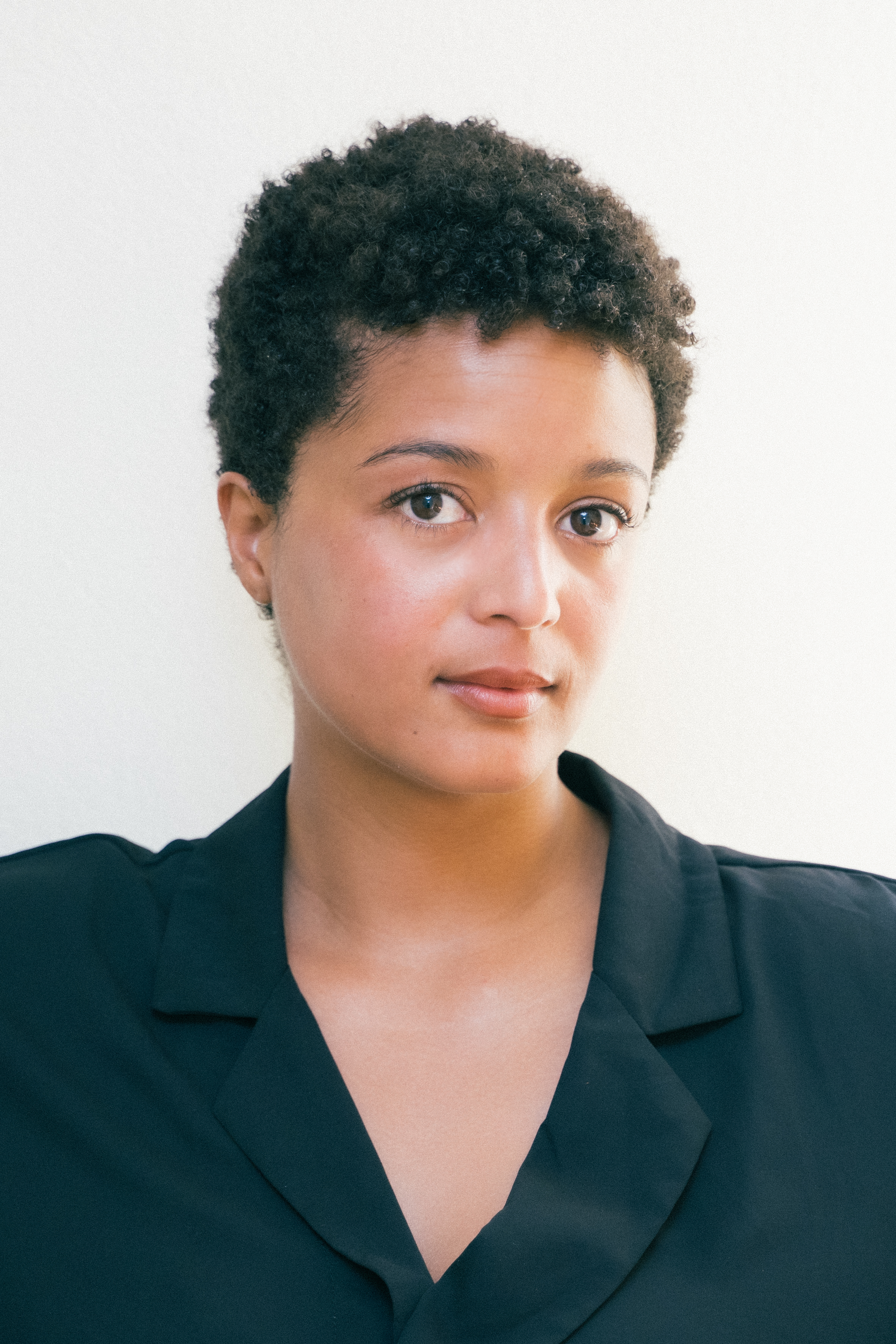 1. What are your favorite parts of your job? What are the most challenging parts of your job?
I love watching content. I love to talk to about it. I love reading. I really do love stories. I love the space of make-believe. I joke that my five-year-old self is really high fiving my current self, like “We figured it out!”

I'd say some of the least favorite parts of the job involve navigating deception – when people aren’t who they say they are or don’t show up in the way they said they would.

2. What advice would you give to someone looking to be a creative executive?
One, live your life…because if not, you will find yourself stuck in a rut and not able to expand your mind creatively. Number two is read everything, even the stuff you're not necessarily interested in. It might show you a different part of yourself, or it might reaffirm something that you knew was there. I think the best practical advice I can give is to write down what you're reading – just write it down in an Excel sheet. You'd be surprised how many writers will come back into your life later. From a social networking standpoint, it's really great to find your tribe. It’s great to understand creatively who you are aligned with.

3. Can you talk about your path to being a director of original series at Netflix? What experiences led you to this role?
I was always really into the more commercial blockbuster cinematics space [working at Hasbro and with Disney projects]...I like worlds that you've never seen before. So, I was naturally drawn to those type of writers and creators. When I was an assistant, those were the types of scripts I was eager to read. I am thankful for the people in my life at that time who were willing to open their door and share what they knew and give me more access to people, ideas, and content. My path was curiosity, and being eager to explore and not being afraid to do the work to get there.

4. What is the Netflix Culture?
From a content perspective, it's really wonderful to be in a place where you have a lot of smart and wonderful people who are excited to make content. It's a company that really prides itself on culture. I think it is a really positive environment and fosters creativity. Is it perfect? Nothing is perfect, but it’s a culture that’s always focused on constant improvement so we can get better.

5. You’ve worked at a variety of companies from Hasbro to Paradigm to MGM and now Netflix, how do you feel the culture of the different parts of the industry differs?
I think the culture that existed for me doesn't exist in the same way today, especially at agencies. People coming up in those spaces are bringing about positive change. There's a real focus on the creative, the art, the passion, and what people want to say. There's just been a real cultural shift across the industry about voice and truly having something to say and standing behind it.

6. Has the pandemic affected the way Netflix approaches content?
I’m proud to work at a company that has served as a source of entertainment and comfort during such a difficult time. I feel more aware than ever of the challenges we’re all facing in our everyday lives, and I think for many of us, it makes us put even more time, energy, and effort into our work to make sure we are worthy of our members’ time.

7. What opportunities did you gain from the MEIM program that helped you succeed in the industry?
The program really did a great job at giving me a business foundation that definitely comes into play all the time. So many classes that we took truly show up today. Also, my Capstone project was about the “super-consumer”. This idea of a consumer who “absorbs” all media. We were talking about things five months before the rest of the world was talking about this and working with partners like Warner Bros., who I work with today. There's just a lot you can't really learn in a book and I think our second-year teachers are really great at giving real-world advice and experience in a place that's incredibly nurturing. I think the program has provided me with access, opportunity and a foundational education in the area that I was most interested in focusing on.

8. How do you think the MEIM cohort model prepared you for your current role?
I'm currently working on a project with one of my fellow classmates from my year. That is icing on the cake of the whole experience because we both knew that in that room we were going somewhere. We didn't know if we were going there together, but we knew we were going somewhere. We are kind of looking back at ourselves from that moment (in the MEIM program) and acknowledging the steps that it took to get to where we are today and recognizing if we didn't have that opportunity, we probably wouldn't be here today together, holding hands and moving forward. People (from your cohort) are moving throughout the business and knowing these people is beyond valuable to not just your own future, but the collective future of where your class is going.

9. How do you think your internships prepared you for your current role?
One, they identify what you don’t like. I should stay away from these things and lean more into these things. Second, I think the internships are great because they provide contacts for you to reach out to later.

10. What has been your favorite project that you’ve been involved with at Netflix?
It’s hard to pick a favorite, but most recently, I’m excited to be working on our upcoming Wednesday Addams series. It has been a true labor of love from all of those involved, a true team effort, and a celebration of spooky Addams love. 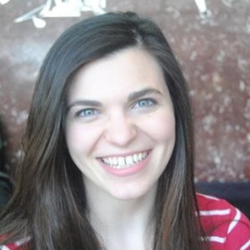 Aurelia Abcouwer (MEIM 2015) never thought she would be working as an editor/creator in the gaming world but that’s what has happened a few years out of the MEIM program. Aurelia takes on a different level of gaming as editor at Cinamon Games. In this role, Aurelia manages new writers, hears pitches, edits and writes scripts, and works closely with design and development teams to create writer-friendly interactive fiction. She currently leads the app in its beta test of a brand-new feature that allows UGC (user-generated content).

Coming into the MEIM program she explored current TV and programming and ended up taking a production job right after graduating. While working with Troika and BuzzFeed in production and branding she missed creating content. “In the program, you had people from all sides of the industry making really cool stuff. There was a wide variety of ways to creatively express yourself.”

Aurelia found second person voice after dealing with a personal tragedy. Second person voice allows the reader to experience the story as if it’s their own. She felt that this way of writing allowed her to talk about her unique experiences in a way people could understand even if they hadn’t experienced it. This lightbulb moment helped her decide to pursue a freelance career in the storytelling app space. She became a full-time writer at Crazy Maple, one of the biggest publishers in the space. From there she moved to Cinamon so she could own her own stories, and came to her place in UGC.

She is excited to see the space they’re carving out for relationship-oriented storytelling and character development, things that she would have loved to have when she was growing up. Her editorial team in particular is mostly women, something that allows them to have women writing for women.“The more voices they have in the rooms advocating for women and minorities, the better it is,” Aurelia shared. “This field didn't exist when I graduated. Who knows what's going to be available five years down the line.”

The UGC in particular excites her because it allows fans the ability to create an extra level of investment. Cinamon is working to release a UGC platform that essentially allows users to create their own interactive stories using Cinamon’s library of art and storytelling engine. It also promotes fanfiction as users are able to create based off content already on the app. She explains that the barrier to entry for fanfiction is low because “the world's set for you, the stakes are set for you, a lot of that difficult mental work that you have to do before you can begin typing is done for you.” Fanfiction gave her a way to write, process, and connect with people. The innovation and content Cinamon is putting out is part of gaming’s ever changing landscape. “I think the biggest thing is just being comfortable with change. Strategies that worked for you six months ago, aren't going to work now. You really do have to be flexible.”

Aurelia is working on managing the beta test for the UGC platform, where 50 writers are testing out the new platform to create their own stories. However, she still takes the time to write for the app. Part of the reason she loves mobile gaming so much is that it is so focused on getting the story right. There have been times where her team was supposed to release in a month but instead decided, “[let’s] push it three months because we have not figured out XYZ piece.”

From the MEIM program, Aurelia feels her internships taught her how to engage and seek out responsibilities, “there are gaps and if you can get the person to fill them, you become valuable.” In particular, the MEIM program allowed her to use her management skills but also gave her the freedom to create without being put into a mold. The speakers and variety of subjects gave her the confidence to find her voice.