An autonomous vehicle connects with your smartphone to schedule a time to pick you up and shuttle you anywhere you want to go—from the grocery store to the doctor’s office. An algorithm determines whether your local bank should grant you a loan. A security robot surveils (and possibly creeps on) you at the airport.

The deployment of smart city technologies in urban environments forms a fascinating social quandary that has few historical antecedents, thanks to the unprecedented combination of technological, sociopolitical, and economic impacts that go into deploying such technologies, often through unique public-private partnerships.

On the one hand, smart city technologies have already proven that they can make our lives more convenient, and even transform the agency of individuals who were previously limited based on their health, socioeconomic status, or other factors that caused them to frequently (and unfairly) be overlooked in the development of metropolitan systems.

On the other hand, these technologies have also proven that they can cause fatalities, and even transform the agency of governments who would deploy them against their citizens for nefarious purposes that threaten the rights of individuals to maintain their privacy and move about freely within urban environments.

How do practitioners of smart city technologies – the researchers, technologists, policymakers, corporations, and government entities that seek to deploy them – ensure that they are doing so in the interests of social good, rather than contributing to the erosion of public trust?

The answer, according to David Danks, Carnegie Mellon University Department Head & L.L. Thurstone Professor of Philosophy and Psychology, is to make sure that they use all of the tools available to them in their toolbox.

“If you’re trying to build a house, you’re not just going to use a hammer,” says Danks. “You’re going to use every tool that is appropriate and at your disposal. In the progress towards the cities and urban environments we want, technology is one of several tools that we ought to be holistically trying to use.”

For smart city practitioners, that means de-emphasizing the frequently all-encompassing focus on technological innovation and quantifiable, short-term outcomes for citizens. And it means placing an increased focus on the sometimes difficult to measure, long-term psychological, sociological, and ethical consequences that the deployment of these technologies can also create, in association with the technological benefits, and finding ways to balance those trajectories for the good of the public.

At Heinz College, our faculty members and students develop smart city solutions—from smart traffic signals to dynamic hospital ERs—with a focus on achieving that delicate balance. With an eye toward improving the lives of citizens in metro areas, our smart city practitioners zero in on the policy and lifestyle implications of these solutions. And our researchers work with ethicists like Danks to make policy recommendations that will ensure that these solutions will have a positive impact on the community that is holistic—not just technological.

“The key is to make sure that we are using a broad enough lens to think about the impacts of the technology, and then being creative in recognizing that sometimes, the right thing to do is to innovate technologically,” Danks says. “At other times though, the right thing to do is to think about trying to innovate politically, or innovate socially. Sometimes the right way to change things isn’t just introducing technology, but changing things about the way that the humans are interacting, perhaps via technology.”

Smart city practitioners will achieve that balance when they ensure that citizens are having their interactions enhanced, rather than mitigated, by smart city technologies. That line can be a thin one, as evidenced by the proliferation of mobile technology, which mediates user interactions to the effect of increased convenience but diminishing social returns.

“There is plenty of evidence to suggest that the fact that a lot of our interactions are now mediated by text, email, and so forth, has had very real psychological and sociological impacts on the ways we engage with one another as humans,” Danks says. “And the evidence is decidedly mixed. Some of it has actually been good, some has been bad. But it is the case that it presents both challenges and opportunities.”

So how can smart city technologists maximize the opportunities for citizens while minimizing the challenges? The best way is to form collaborative, multidisciplinary teams of experts who can work together to understand the different ways in which these technologies are plausibly going to impact urban environments and urban experiences, and to make recommendations about the technologies—before deploying them.

“A lot of times with these technologies, the cities are actually being used as test beds,” Danks says. “We have lab data that suggest they will work, but we have to see whether they will work in the real world.

“That said, I think there is a moral obligation for universities and nonprofits to step in in advance—for those of us who have the luxury, and therefore the responsibility, to serve the public by thinking about the ways in which we can, from the outside, analyze and contribute to these discussions and debates.”

David Danks on Trust and Technology 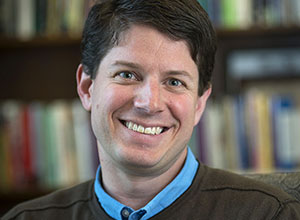 Block Center for Technology and Society