Professor Mark Kamlet says that machine learning could be one of the four horsemen of the modern apocalypse. Or, if policy leaders and tech innovators work together, it could be the gateway to a new age of shared prosperity.

Conquest. War. Famine. Death. The Four Horsemen of the Apocalypse, as depicted in the New Testament.

Mark Kamlet, University Professor of Economics and Public Policy at Carnegie Mellon University and provost emeritus, argues that in the modern world, this idea deserves an update. The new Four Horsemen, as he sees it?

The first two are, perhaps, self-explanatory as harbingers of doom. And CRISPR, briefly, is shorthand for a recently discovered method of genome editing, which Kamlet worries is developing more rapidly than the human race is prepared to handle.

But the inclusion of machine learning on such an ominous list is sure to raise some eyebrows, particularly here at CMU. Aren’t AI and machine learning supposed to deliver widespread benefits to society?

The answer is ‘yes’ and ‘no.’ And also ‘we’ll see.’ Kamlet sat down with us to discuss the rise of machine learning, its possible effects, and what can be done to ensure its impacts are utopian, not dystopian.

Once upon a time, the year 2030 would have seemed like a far-flung era that a sci-fi director might have chosen to provoke the viewer’s wonder and imagination. Wow…2030? That doesn’t even seem real! What will the world look like in 2030? Will cars fly? Will cyborgs live among us? Will there be a holodeck in every home?

Those predictions likely will…not come true. (Sorry.) But other projections for 2030—many with serious real-life consequences for society—could come to pass.

Some of the disruptive effects of automation and machine learning are expected to be felt by 2030, particularly in the world of work. Entire categories of jobs may be transformed—professional drivers such as truckers being a go-to example.

Kamlet remarks that whether certain jobs are eliminated entirely or simply altered remains to be seen, but there will nonetheless be dramatic changes in the types of work many human beings are needed to do. And that society needs to prepare in order to avoid massive underemployment, and the social problems that follow.

“Focusing only on the jobs that completely go away misses the point. Virtually, all jobs are going to be affected by automation in some way, if they haven’t been affected already.”

These disruptions are due to the “Fourth Industrial Revolution,” or 4IR, a period of change—in some sectors already underway—marked by widespread adoption of smart technologies and automation fueled by big data, robotics, advanced manufacturing, and various types of artificial intelligence such as machine learning and neural networks. The term “Fourth Industrial Revolution” has been widely used since the publication of Klaus Schwab’s 2016 book of the same name. Schwab, founder and executive chairman of the World Economic Forum, has contrasted the 4IR to previous periods of change:

“The First Industrial Revolution used water and steam power to mechanize production. The Second used electric power to create mass production. The Third used electronics and information technology to automate production. Now a Fourth Industrial Revolution is building on the Third, the digital revolution that has been occurring since the middle of the last century. It is characterized by a fusion of technologies that is blurring the lines between the physical, digital, and biological spheres.

There are three reasons why today’s transformations represent not merely a prolongation of the Third Industrial Revolution but rather the arrival of a Fourth and distinct one: velocity, scope, and systems impact. The speed of current breakthroughs has no historical precedent. When compared with previous industrial revolutions, the Fourth is evolving at an exponential rather than a linear pace. Moreover, it is disrupting almost every industry in every country.”

There have been periods in the past where AI did not live up to the hype. However, according to experts like Schwab and Kamlet, what makes this current and upcoming period different (and by turns exciting and alarming), is that data collection, computational power, and machine learning algorithms have become so sophisticated that AI can learn to do many things that would have previously been thought impossible for a machine to do—and not only that, but to do them better than humans.

“It wasn’t long ago that a computer would struggle to beat expert human checkers players,” Kamlet said. “And now we have a machine (AlphaGo) capable of beating the top masters in the world at the game Go. No one expected that to happen so fast.”

Over the last 45 years, digitization and computerization has affected many U.S. workers, primarily displacing individuals with blue-collar jobs comprised of repetitive tasks on the shop floor as well as workers with transactional white-collar jobs. These types of jobs, Kamlet said, had traditionally been quintessential middle-class jobs, and their displacement has created a hollowing effect on the middle class.

Now, however, we’ve moved into the machine learning and big data revolution, and machines can do more specialized and nuanced tasks, such as researching case law and reading CAT scan results. This would seem to indicate that it isn’t only factory workers and truck drivers that are at risk of seeing their jobs done by machines in the next decade, but also more highly-educated members of the workforce.

“That’s quite consequential. Social mobility has been fundamental to the way that the ‘American Dream’ is supposed to work, you could work your way up from the lower class to the lower middle class, middle class, and upper middle class,” said Kamlet. “If you don’t have these middle zones, it creates a situation where it’s not easy to get from one socio-economic class to another.” 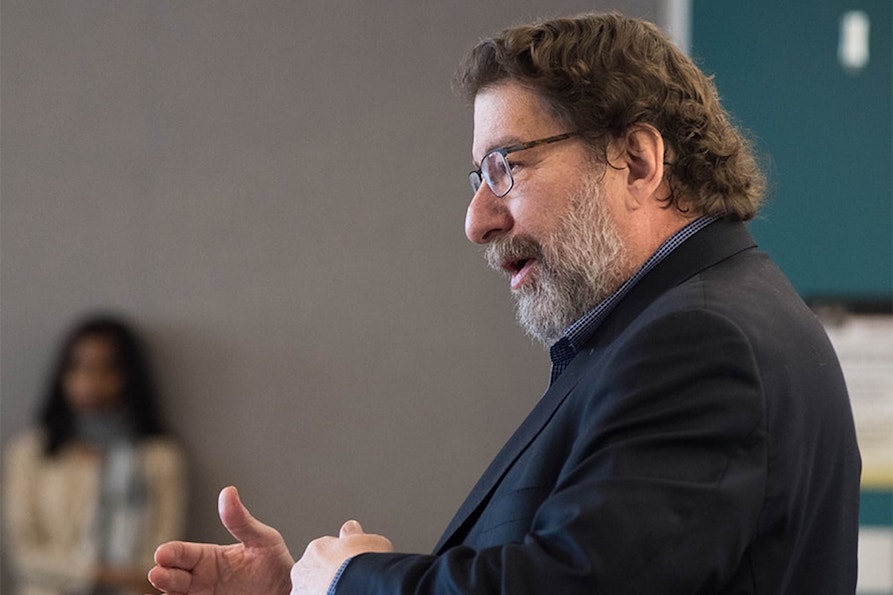 For many people their lives are structured around their jobs, and they invest a lot of self-identity in what they do for work. This could be like an existential crisis for many people that needs to be addressed. Professor Mark Kamlet

Seeing these warning signs, Kamlet said we may need to think of new models of work and shared prosperity. He is one of many thought leaders at Heinz College, and CMU as a whole, who are concerned about these shifts and their social and economic impacts. As a new way of thinking about shared prosperity in the Fourth Industrial Revolution, Kamlet has set out his “Four Pillars of the New American Dream.”

“You can’t redistribute more wealth than you have. Incentivizing growth is not the enemy of creating an adequate standard of living for all,” said Kamlet.

But he adds that the devil will be in the details. What will it mean to contribute appropriately? How will that “adequate standard of living” be determined, and by whom? Through what mechanisms will Phase 4 be achieved to ensure that growth is shared equitably and supports that standard of living?

These are active questions that must be debated. But according to Kamlet, as machine learning has greater and greater impacts on the labor market, the nature of capitalism isn’t going to work quite the same way.

“One concern, of course, is: How will people get the resources they need? There’s a lot of talk about different things from universal basic income to wage insurance to other solutions that are worth discussing,” said Kamlet.

“Another dimension to this is, for many people their lives are structured around their jobs, and they invest a lot of self-identity in what they do for work. This could be like an existential crisis for many people that needs to be addressed.”

Those existential crises may not be generating sufficient debate amongst politicians (for now), but here at Heinz College the “future of work” is a topic of daily conversation and a great deal of research effort.

CMU: the home of machine learning

Being at Carnegie Mellon, Kamlet and his colleagues—at Heinz College and across the university—have a special vantage point for investigating this complex problem: many of the technologies that are fueling the 4IR were born here. The School of Computer Science (SCS) launched the world's first Ph.D. in Machine Learning in 2002—Heinz College and SCS also offer a joint Ph.D. in Machine Learning and Public Policy. Still to this day, Carnegie Mellon University houses the only stand-alone Machine Learning department in academia.

“Nowhere else do you have the critical mass of machine learning experts and practitioners that we have here at Carnegie Mellon University, working across disciplines. That positions us to lead the conversation on its impact on society,” said Kamlet.

Such a big issue, in fact, that Kamlet believes it deserves to be afforded the same seriousness as nuclear war and climate change—that is to say, apocalyptic in the wrong hands, and without the proper policies and interventions in place. Fortunately, CMU faculty, students, and graduates continue to push boundaries, not only of what machines can do, but of how society should prepare to ensure a brighter future for all.

“That is, if CRISPR doesn’t get us first,” said Kamlet, with a smile.

The Heinz College community is engaged in Future of Work issues across a variety of research areas and disciplines. Read more about the problems we’re taking on: 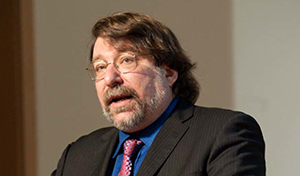 Alumna Has Statewide Impact on Health