Former United Nations Ambassador Sarah E. Mendelson has spent her career advancing human rights, democracy, and sustainable development. She joined Heinz College in January 2018 as the head of its Washington, D.C. program and as a Distinguished Service Professor of Public Policy. A widely recognized Russia expert, she recently sat down with us to talk about that country’s drift toward authoritarianism and what it means for the world.

Sarah Mendelson recalls a pivotal moment for Russia in fall 2011, when then prime minister and former Russian president Vladimir Putin announced he would be returning to the presidency in what many saw as a sham election in March 2012.

“The announced swap from Dmitry Medvedev back to Putin enraged a lot of people inside Russia. In the winter of 2011-2012, people took to the streets spontaneously, and Mr. Putin has a problem with spontaneity,” said Mendelson. She says that Putin was skeptical of the uprisings, not believing there could be such a groundswell of citizen action, instead blaming the United States and Hillary Clinton, then Secretary of State, for arranging the protests.

“The U.S. had nothing to do with the protests. A lot of the activism was driven by an organic movement against corruption. Activists were using social media quite smartly to organize,” she said.

Regardless, the Kremlin’s investment in troll farms and tactical social media really took off in 2014 after the uprising in Ukraine called the Euromaidan. Those investments have been quite successful in the sense that social media has influenced public affairs in Western democracies, including in the U.S.

“What they are engaged in is active intelligence measures to undermine and divide democracies with the intent of completely subverting public trust, understanding, and support, to the point where people don’t believe or trust anything,” she said.

To understand more about the current political climate in Russia—and how and why the Kremlin has sought to interfere in Western elections—we sat down with Mendelson to get the lay of the land.

The following interview has been edited for length and clarity. 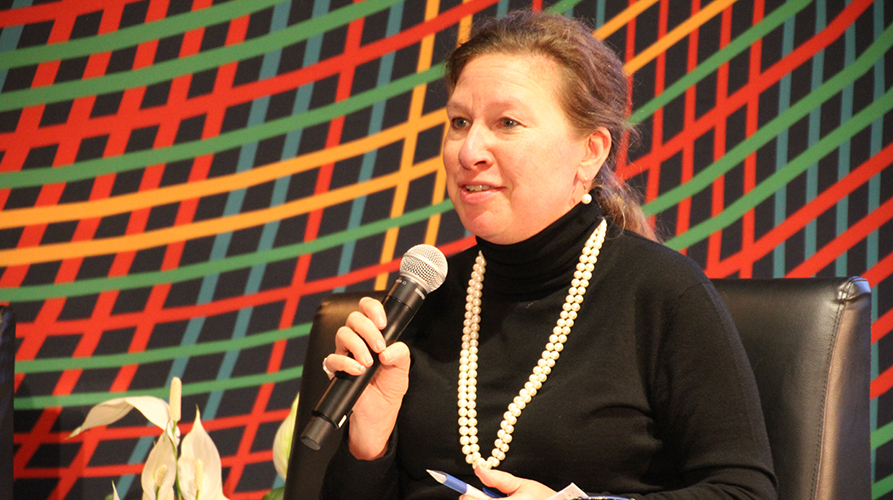 Sarah Mendelson speaking on a panel at Carnegie Mellon University

Heinz College: What can you tell us about Vladimir Putin? What’s his goal in sowing chaos abroad?

Sarah Mendelson: The Russians have had a declining profile in power since the collapse of the Soviet Union, and the major goals of Putin are to keep Russia in one piece and also to raise its profile in a number of ways, including in the Middle East through their involvement in Syria. Putin has famously said that “the collapse of the Soviet Union was the greatest geopolitical catastrophe of the 20th century.” And keep in mind, he’s saying that about a country that lost tens of millions of people in World War II, so on the face of it, that’s a strange statement. Though, I suspect that in his mind, the sacrifice of the Soviets in World War II and the collapse of the Soviet Union are directly linked, and he believes the West took advantage of the Soviet Union. In truth, the Soviet Union collapsing had little to do with us. It mainly had to do with the way Gorbachev drove reform internally. But Putin looks for every opportunity to sow discord in the West, and he’s been wildly successful in doing that. Every Western organization I worked with in Russia from 1994 through 2012, including the National Democratic Institute (NDI), the Open Society Foundations (OSF), the United States Agency for International Development (USAID), the International Republican Institute (IRI), the MacArthur Foundation, the Ford Foundation are gone. And abroad, Putin wants to create chaos in the Euro-Atlantic alliance. He wants Americans to question NATO. He wants the EU to fall apart. He’s cynical, and he believes there’s no such thing as a sincere desire to advance democracy and human rights and that everyone is corrupt.

HC: You spoke to us for our article on weaponized social media, in particular Russia’s rapid success at using social media to influence world politics. Do the Internet and social media level the playing field in a way between countries of different economic and military strength?

SM: I think of it less in those terms and more in terms of whether the Internet and social media help or hurt the advancement of democracy and human rights. When I was at USAID and the Arab Awakening was happening (in 2011), there was this general sense that the impact of these networks varied greatly depending on the country. What people use for social media in Kenya may be different than what works in Nigeria, and what works here in the U.S. is different than what people use in Russia. Whether it’s Twitter or Facebook, or the Russian equivalent VKontakte, you’d see there were ways for activists to mobilize initially, but they lacked the offline skills to then play the long game. They didn’t have knowledge of how to run a campaign, or how to keep an organization together, or even how to engage policymakers. And so the Arab Awakening did not drive much progress, except for in Tunisia. But technology itself is a neutral. There are instances in which it helps advance human rights or shortens the amount of time it takes to bring something to the fore, and instances in which it is used by authoritarian governments to divide and conquer. And that will continue, especially with the growing use of AI. There’s a great deal of concern right now about authoritarian regimes potentially using facial recognition in conjunction with social media to round up dissidents. That’s something we should be paying attention to, both in government and at institutions like Heinz College. I believe that we need to have conversations in Washington where we have CMU experts bring their expertise and engage policymakers on these issues.

HC: There’s a lot of coverage surrounding U.S. elections, but Russia’s activities are much more far-reaching. Can you talk about that?

SM: There’s evidence of Russian interference in Germany, France, the UK, Sweden, the Netherlands, Switzerland, and remember, it’s not simply online. There are physical security threats and cybersecurity threats. They’re extremely bold. They’ve been involved in the use of chemical weapons on the soil of an American ally, resulting in death. Then, they tried to hack into the organization that was analyzing the poison that had been used. And while we’re focused lately on Russia’s recent uses of social media, the Russians have been focused on exploiting connectivity for a long time. There have been multiple hackings into systems of sovereign states such as Estonia and Georgia going back a decade. And there have been multiple very serious attacks inside Ukraine more recently, including around the electrical grid.

We really need to see growth in the field of public interest technologists—people who are interested in using innovation and technology to solve societal problems at the local and global level. Heinz College and CMU are absolutely built for that. Sarah Mendelson

HC: How do policymakers and military leaders think about this? What happens if Russia was to attack, say, critical infrastructure in the U.S., or even something else with influence over daily life like the banking system? How do we respond?

SM: This is an active and somewhat unresolved question, and the legal implications are very, very vague. I don’t see a physical response. What I do see is a jump in the response of frontline states. Estonia, Latvia, and Lithuania all have various forms of cyber centers, and we should have some sense of what they’re doing and what works. There’s been a shift in what the U.S. posture is, from something more passive to more responsive, and everyone is taking very seriously that NATO members are threatened. But, for example, there hasn’t been a big step forward in thinking around deterrence since the 1950s, and that has always been in the nuclear weapons context. At the same time, we need to understand where Russia is vulnerable. And to do that I think you follow the money. Bring transparency and accountability concerning the people around Putin and their wealth, which was not generated from their government salaries! The corruption issue is a vulnerability, as life is not improving for most Russians. Meanwhile, there have been positive policy tools developed as well, such as the Magnitsky Act, which has been adopted by Congress and several other countries and has had some impressive impact.

HC: What are some of the vulnerabilities that have made social media weaponization so effective on people in the U.S.?

SM: We have to understand there is brittleness and divisions in our own society. We have underserved communities who are not being well represented, who are not being engaged. We have historical grievances that we are not talking about, a slave past that needs to be addressed. Communities are being left behind. A lot of the solution to this lies in an increased focus on locality. If I were a politician, I’d want really good data on what my local population’s needs were, what the underserved communities were thinking about. I’d want to have a really exquisite understanding of where those divisions are and how to heal and close them. And we have to deal with the inequalities people are experiencing, which is why the future of work is so important. We need to shore up what’s going on here so we’re more resilient.

HC: How should Heinz College students think about and interact with these issues?

SM: This is all extremely relevant to Heinz College students, most of whom are part of what I call “Cohort 2030.” We really need to see growth in the field of public interest technologists—people who are interested in using innovation and technology to solve societal problems at the local and global level. Heinz College and CMU are absolutely built for that. The Sustainable Development Goals (adopted in 2015 and running through 2030) provide an excellent framework for thinking about this, and there isn’t a major societal issue that isn’t being addressed by that agenda. Innovation and technology can’t solve every problem, but we want to engage people across many disciplines, whether it’s engineering, computer science, the arts, entrepreneurship, and certainly public policy, and get them thinking about solving many of these problems. If you’re a student today, your generation has the most to gain or lose from how well the SDG agenda is implemented by 2030; the next 10 to 15 years are going to be critical.

Sarah Mendelson has spent over three decades working in and studying Russia. She worked with the National Democratic Institute in Moscow and was the inaugural director of the Human Rights Initiative at the Center for Strategic and International Studies as well as a senior fellow in their Russia and Eurasia Program. She has extensive experience overseeing focus groups, public opinion surveys, and social marketing campaigns in Russia on a range of issues. 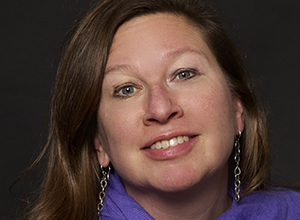