Secretary Anthony Foxx has been appointed distinguished executive in residence at Carnegie Mellon University for the 2018-19 academic year. Foxx joins the CMU community after serving as the 17th U.S. Secretary of Transportation from 2013-2017.

During his time at CMU, Foxx will work with the College of Engineering, the Heinz College of Information Systems and Public Policy and Metro 21: Smart Cities Institute. In his new role, Foxx will leverage his expertise and time spent working with the U.S. Department of Transportation to help students understand how to most effectively bring people, policy, and technology together to significantly improve the quality of life for citizens living in metropolitan areas.

Foxx will also serve as a panelist for “At the Intersection of Technology and Business: Smart Home, Smart Car, Smart City.” This moderated conversation will take place on Friday, September 14th at the 2018 INTERSECT@CMU Conference hosted by the Tepper School of Business.

“As a distinguished executive in residence with the Heinz College team, Secretary Foxx will provide real-world applications and strategic counsel on our smart city initiatives,” said Ramayya Krishnan, dean of Heinz College. “We look forward to welcoming him as a member of our CMU community, and receiving his valuable input on policy and guidance on smart city research to help us scale efforts that will drive innovation and societal impact.”

Sworn in as the U.S. Secretary of Transportation in 2013 after a 100-0 confirmation vote, Foxx developed the Obama Administration’s first surface transportation bill and worked on a bipartisan basis to pass the FAST Act. He consolidated the Department’s financing programs and accelerated permitting policies into a new Build America Bureau. He advocated for new rules governing the commercial use of drones, blueprinted national policy on autonomous vehicles and placed nearly $30 billion in discretionary federal grants that funded projects, including the NY-NJ Gateway Project, the Chicago Union Station and the Florida East Coast Rail.

“It’s an honor to be joining an institution that is at the forefront of using technology and policy to transform city life,” said Foxx. “For years, I have embraced technology and pushed for new rules that govern the latest developments in smart city strategies as seen through the launch of the Smart City Challenge. I look forward to sharing my passion with the CMU community and sharing our model for innovative future cities the world.”

Prior to joining the U.S. Department of Transportation, Foxx served as the 54th mayor of Charlotte, North Carolina, during a time when the city had been facing its worst recession in more than 80 years. Foxx reformed the city’s public safety pay plan to bring it into fiscal balance and developed a nationally-recognized workforce development model that crafted incentives for small businesses and entrepreneurs to grow businesses in the city. Foxx also helped salvage the city’s light rail extension, outer beltway streetcar project, which garnered the notice of other city mayors around the country as well as the President of the United States.

“Secretary Foxx’s smart city experience – on both the local and national levels – will provide an invaluable learning opportunity for our students,” said James Garrett, dean of the College of Engineering. “His knowledge of local economies, intertwined with his awareness of environmental factors and support of innovative technologies, makes him the perfect addition to our team.”

With a J.D. from New York University and B.A. from Davidson College, Foxx has practiced in a variety of governmental and private roles, including serving as an attorney in the U.S. Justice Department, counsel to the U.S. House Judiciary Committee and a law clerk to U.S. Court of Appeals for the Sixth Circuit Judge Nathaniel Jones.

Carnegie Mellon is a private, internationally ranked research university with programs in areas ranging from science, technology business, to public policy, the humanities and the arts. More than 13,000 students in the university’s seven schools and colleges benefit from a small student-to-faculty ratio and an education characterized by its focus on creating and implementing solutions for real problems, interdisciplinary collaboration innovation.

About Heinz College of Information Systems and Public Policy

The Heinz College of Information Systems and Public Policy is home to two internationally recognized graduate-level institutions at Carnegie Mellon University: the School of Information Systems and Management and the School of Public Policy and Management. This unique colocation combined with its expertise in analytics set Heinz College apart in the areas of cybersecurity, health care, the future of work, smart cities, and arts & entertainment. In 2016, INFORMS named Heinz College the #1 academic program for Analytics Education. For more information, please visit www.heinz.cmu.edu.

About the College of Engineering at Carnegie Mellon University

The College of Engineering at Carnegie Mellon University is a top-ranked engineering college that is known for our intentional focus on cross-disciplinary collaboration in research. The College is well-known for working on problems of both scientific and practical importance. Our "maker" culture is ingrained in all that we do, leading to novel approaches and transformative results. Our acclaimed faculty a focus on innovation management and engineering to yield transformative results that will drive the intellectual and economic vitality of our community, nation world. 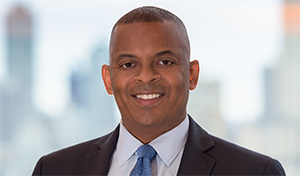