The Affordable Care Act (ACA) expanded health insurance coverage, including eligibility for Medicaid, the public insurance program for low-income Americans. Under the ACA, states can decide whether to expand eligibility for Medicaid coverage. As of earlier this year, 36 states and the District of Columbia had adopted Medicaid expansion, and other states are still debating whether to do so.

Against this background, a new study sought to determine how the nature of visits to emergency departments (EDs) changed for previously uninsured patients who gained Medicaid insurance expansion under the ACA in 2014 and who went to the ED at least once before and once after expansion. The study found that compared with patients who remained uninsured in states where Medicaid was not expanded, these patients shifted their use of the ED toward conditions that required subsequent hospitalization and predominantly for illnesses that were not easily avoided by robust outpatient care.

The study, by researchers at Carnegie Mellon University and US Acute Care Solutions, appears in Medical Care Research and Review.

“This is the first study to follow individual patients across multiple states who gained Medicaid insurance under the expansion of the ACA, and we found that they shifted their ED use toward visits for more severe conditions,” explains Rahul Ladhania, a recent Ph. D. graduate from Carnegie Mellon University’s Heinz College, who led the study. “The findings suggest that newly insured patients may have greater access to outpatient care for less severe conditions that had previously been addressed by visits to the ED.”

The researchers sought to identify the average effect of enrollment in Medicaid after the ACA expansion went into effect on the nature of subsequent ED use by patients who had previously been uninsured and who visited EDs at least once before and once after expansion. To do so, they looked at data on patient visits from 30 EDs in seven states (Illinois, Nevada, North Carolina, Ohio, Oklahoma, Rhode Island, and West Virginia) from April 2013 through September 2015. Of these seven states, 19 EDs were in five states (Illinois, Nevada, Ohio, Rhode Island, West Virginia) that expanded Medicaid in January 2014, and 11 were in two states (North Carolina and Oklahoma) that did not expand Medicaid before the end of 2015. ED visits in the facilities the researchers examined are comparable to ED visits nationally.

Specifically, the researchers examined changes in use of EDs by previously uninsured 18- to 64-year-old patients who were identified as repeat ED users in states that expanded Medicaid eligibility and were subsequently Medicaid-insured in the period after expansion. The authors compared these patients’ change in ED use with that of patients who were similar in their use of EDs but remained uninsured because they lived in states that did not expand Medicaid. The study linked individual patients’ ED visits to the same facility over time, which allowed researchers to track changes in individual patients’ behavior as they went from being uninsured to having Medicaid or as they remained uninsured, depending on the state.

The study found that visits to the ED were nearly 29% more likely to result in hospital admission for the newly insured patients in expansion states, compared with those visiting the ED who remained uninsured in non-expansion states. Additionally, they found a similar (31%) increase for conditions for which hospital admissions may not be avoided by robust treatment in an outpatient setting. The authors point to these findings as important for the patients studied because using the ED for less severe conditions is of particular concern.

“We find that Medicaid expansion led the newly insured to use EDs for more severe, acute conditions than they did when they were uninsured. This suggests that ending Medicaid expansion may increase the use of hospital EDs for less severe cases, reducing the efficiency of EDs in taking care of critically ill and injured patients - exactly what policymakers and clinicians wish to avoid,” says Amelia Haviland, associate professor of statistics and health policy at Carnegie Mellon University, who co-authored the study.

The researchers acknowledge that the group targeted in their work—patients who use the EDs at least twice in a two-and-a-half-year period —is a selective cohort. This is a group of particular interest to policymakers.

About Carnegie Mellon University’s Heinz College
The Heinz College of Information Systems and Public Policy is home to two internationally recognized graduate-level institutions at Carnegie Mellon University: the School of Information Systems and Management and the School of Public Policy and Management. This unique colocation combined with its expertise in analytics set Heinz College apart in the areas of cybersecurity, health care, the future of work, smart cities, and arts & entertainment. In 2016, INFORMS named Heinz College the number one academic program for Analytics Education. For more information, please visit http://www.heinz.cmu.edu.

About US Acute Care Solutions
Founded by emergency medicine physician groups in Colorado, Florida, Maryland, Ohio and Texas and capital partner Welsh, Carson, Anderson & Stowe, USACS is the national leader in physician-owned integrated acute care, including emergency medicine, hospitalist and observation services. USACS provides high-quality emergency and hospitalist care to over 6 million patients annually at more than 220 locations and is aligned with leading hospital systems across the country. Visit usacs.com to learn more. 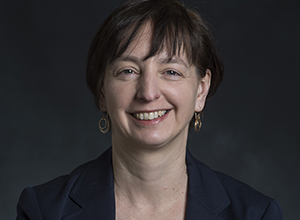