Platforms Are Letting Us Binge-Watch, But Maybe They Shouldn’t

One of the biggest draws of streaming services, such as Netflix and Hulu, is the ability to binge-watch massive amounts of content. But Heinz College Professor Pedro Ferreira warns that encouraging binging behavior could be the downfall of subscription video on demand.

I’m not proud to admit this, but I binge-watched all of Netflix’s Russian Doll in one sitting.

However, as a professed binge-watcher, I’m not alone. And neither are you.

70 percent of American consumers binge-watch television. For millennials, that percentage is even higher: 90 percent. There are articles that list streaming shows that you can successfully binge-watch over the course of a weekend or even in just one sitting. In other words, binge-watching is the new normal as far as media consumption is concerned.

In fact, according to Pedro Ferreira, an associate professor of information systems at Heinz College and the Department of Engineering and Public Policy at Carnegie Mellon University, binge-watching is a central part of the subscription video on demand (SVoD) business model.

“Subscription platforms promote binge-watching because it keeps the customer in front of the screen,” explains Ferreira. “When one episode ends, the next one automatically starts. Also, the way these stories are written makes them better consumed in this manner. The storytellers take into account that you’re not going to watch one episode per week, you’re going to watch several back-to-back.”

So, on the evening of Friday, February 1, I probably wasn’t the only person who parked it on the couch and let all eight episodes of Russian Doll wash over them in one long deluge.

“I guess we’re doing this,” I thought as episode three rolled right into episode four. Then, “well, there’s no sense in stopping now” after a pretty dramatic reveal in episode six. Then, “wow, I’m really just going to finish this” as the finale started up.

And then, when the final credits rolled: “Now what?”

This “now what?” is the focus of Ferreira’s research. This question could have serious consequences for Netflix, Hulu and Amazon Prime.

Take the example of Russian Doll. The first season is comprised of eight episodes totaling four hours of content. If Russian Doll was distributed according to a traditional model, where one 30-minute episode was released each week, a viewer would have to subscribe for two months to watch the first season from start to finish. But using SVoD, that same viewer can binge the entire show over the course of an evening. That’s just one night of engagement.

“These services have thousands of TV shows. But each person only really watches a few. We as consumers usually don’t care to explore the depth of the catalog. We want this to be a passive experience,” says Ferreira, whose research shows that the average consumer only keeps up with three or four different television shows.

According to Ferreira, this usually translates to consumers cancelling their subscriptions in the lull between seasons. Or worse, hopping from one subscription service’s free 30-day trial to the next service’s free 30-day trial. In fact, Ferreira’s work has shown that binge-watchers are significantly less likely to pay for a platform like Netflix or Hulu after their free trial expires than non-binge-watchers are.

“From the platforms’ standpoint, creating the opportunity to binge-watch seems good at first because it’s creating engagement,” explains Ferreira. “But, if consumers quickly deplete the content, they’ve eliminated the platform’s major asset. What’s going to keep them around?”

Stuck in a holding pattern

Last year, Netflix launched its “My First Binge” Valentine’s Day campaign, which asked users to remember their first time…binge-watching a Netflix show, that is.

The campaign revealed that most Netflix users began binge-watching within twelve days of joining the service. Within their first year as subscribers, over 90% of Netflix users had binged at least one show from start to finish. On average, a full-series binge took just 3 days. In most cases, that show was Breaking Bad.

While I do not believe these two statistics are directly related—you would have to watch Breaking Bad for 20 hours a day for three days straight to see its entire 62-hour runtime—my binge of all four hours of Russian Doll suddenly doesn’t look quite so bad.

Not only does encouraging this behavior negatively impact the health of its users, the fact that the platforms themselves are romanticizing binge-watching means that they have to keep pace with that level of demand. Now that just releasing one episode each week will no longer keep consumers engaged, SVoD services are forced to either release their entire season at once or lose customers to another service that will.

It’s a catch-22. If these services provide bingeable content, users will consume it too quickly and leave. If they don’t, users will grow dissatisfied with the traditional model and leave.

In an effort to retain subscribers, firms have resorted to developing more original content. But Ferreira warns that this contributes to a problematic—and ultimately unsustainable—holding pattern.

“Creating more content just feeds into the binge-watchers,” he cautions.

Although digitizing content cuts down on distribution costs, it still requires a significant investment to create original content. Just one episode of Netflix’s The Crown costs a staggering $13 million to produce. Likewise, Amazon Prime spent $72 million developing the first season of The Man in the High Castle.

Worse, sometimes these investments aren’t delivering on themselves. Despite its cult following and strong critical reception, Sense8 was cancelled due to budgetary concerns, and its final season was reduced to a single feature-length reunion special. At an average of $8-9 million per episode, the series was one of the most expensive in television history.

So how are these firms making any money? The truth is that they basically aren’t.

“If the firms don’t come together to develop a better system, this model isn’t going to be sustainable in the long term,” cautions Ferreira.

According to Ferreira, this situation isn’t completely unresolvable.

While viewers have trouble overcoming the breadth of the catalog, a recommendation system could help bridge that gap. In a recent study, Ferreira provided households with text message-based reminders and recommendations of content. He found that users that were given suggestions of related content during their free trials of a subscription service were much more likely to pay for the service after their trial had expired than those who had not.

“From an industry perspective, issuing reminders is much simpler and more cost-effective than releasing new movies or new TV shows,” says Ferreira.

This creates a more balanced business plan for the firm. By maintaining a steady pace of engagement between the consumer and the platform, firms would no longer have to race to put out new content at breakneck speed.

Ferreira also believes that binge-watching could be countered by changing the nature of the content itself.

“Binge-watching is a passive activity,” he explains. “Instead of just receiving content, users could be part of the creative process themselves.”

“The companies that promote these sorts of technologies are going to be much more successful at overcoming the issues that come with binge-watching,” Ferreira predicts. “I think that it’s going to be a different kind of firm that’s going to emerge.” 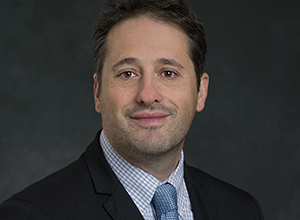 Prof. Pedro Ferreira
Expert in telecommunication markets and the consumption of information goods
---