The National Science Foundation (NSF) and Amazon announced today that two Carnegie Mellon University researchers have been awarded a research grant as part of NSF’s Program on Fairness in Artificial Intelligence (AI), in collaboration with Amazon. Alexandra Chouldechova is an assistant professor of statistics and public policy at the Heinz College of Information Systems and Public Policy. Haiyi Zhu is an assistant professor in the School of Computer Science’s Human Computer Interaction Institute.

As recipients of the grant, Chouldechova and Zhu will serve as co-principal investigators of a project that will focus on advancing AI with human-algorithm collaborations. In collaboration with Steven Wu, assistant professor of computer science and engineering at the University of Minnesota, and Min Kyung Lee, assistant professor at the University of Texas at Austin School of Information, the research will aim to close the gap between algorithmic objectives and the complications of real-world decision-making contexts.

"It is an honor to receive this award from the National Science Foundation and Amazon," Chouldechova said. "AI and machine learning are increasingly becoming parts of everyday life, and I look forward to contributing to the research that will influence how AI is used for years to come.”

In 2017, Amazon approached NSF about creating a partnership to support research in AI and fairness. As a result, the Program on Fairness was born. Two years later, NSF released a joint solicitation for research proposals. The award granted to Chouldechova is among those issued in the first ever cohort, and is anticipated to run for two additional years. Projects funded under this joint program are expected to result in open-source tools, publicly available datasets, and publications that are widely accessible. These deliverables stand to benefit academia, government agencies, and private companies.

“We work closely with stakeholders to define fairness, navigate fairness-utility trade-offs, and understand the fairness of AI in the real world,” Zhu said. The project will also account for the cognitive strengths and limitations of human decision-makers throughout the development and deployment of the algorithmic system.

As Estella Loomis McCandless Assistant Professor of Statistics and Public Policy at Heinz College, Chouldechova’s teaching and research focuses on problems related to fairness in predictive modeling. Chouldechova is a graduate of the University of Toronto and received her Ph.D. in statistics from Stanford University. 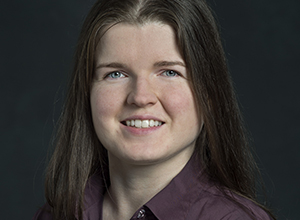 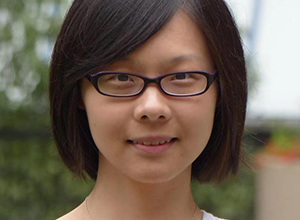