This article was originally published on meetingoftheminds.org.

Due to the COVID-19 global pandemic, we are experiencing the largest telecommunity of all time.

You might be one of the millions of employees working from home and conducting online meetings with colleagues via Zoom or GoToMeeting. Our elderly parents are FaceTiming their grandkids on iPhones, and our kids are still streaming PBS Kids or Khan Academy (and okay, admit it, TikTok). However, many communities in the U.S., and the world, don’t have the access to this luxury. Without broadband, many are isolated and unable to communicate with their friends, family, colleagues, and, perhaps most importantly, their healthcare providers. Simply put: these citizens are being left behind because they don’t have access to reliable broadband.

You might be asking, why is broadband such a big deal? Doesn’t everyone have broadband? Nope, they don’t. A recent study by the National Association of Counties found that 65 percent of counties across the United States are averaging connection speeds slower than the FCC-mandated levels of broadband access, currently defined as 25 megabits per second download speed and 3 megabits per second upload speed. A recent study by researchers at Penn State University found that in every single county in the state of Pennsylvania, at least 50 percent of the population didn’t receive broadband connectivity. That statistic includes both rural counties, like Greene County, and urban counties, such as Allegheny County. In my hometown of Pittsburgh, neighborhoods like the Hill District still do not have adequate coverage.

I’m sure you’ve seen it before in commercials for carriers: the beautiful maps of the United States with wide-spread coverage. But I would invite you to peel back the color and glitz. In reality, our United States of Broadband is rife with inadequate and inequitable coverage.

Social distancing is becoming the new normal, at least for those of us who are heeding the Center for Disease Control’s warnings and guidelines. But if you don’t have reliable, high-speed broadband, it is impossible to engage in what is now the world’s largest telecommunity. As many schools and universities around the world (including those of my kids) are shut down, these institutions are optimistically converting to online and digital learning. However, with our current broadband layout, this movement will certainly leave many Americans behind.

The gaps in broadband access start with the issue of adequate and accessible hardware and software, and go beyond these barriers into people’s lives and lifestyles. Without broadband and a WiFi enabled computer, many children can’t participate in online learning, and the populations most in need of telemedicine at this time, such as that the elderly and those with compromised immune systems, often cannot access it. This also means that people can’t virtually attend their houses of worship, and thereby try to maintain connection to the one place that could offer some solace in this time of disruption.

So, what can be done about this? A lot, in fact. Some companies like Comcast are offering something called Internet Essentials, which promises to “increase speeds from 15/2 Mbps to 25/3 for all customers in response to emergency measures associated with Coronavirus (COVID-19).” For current Comcast customers, this speed increase will happen automatically, with no action required. AT&T is also participating by waiving data caps during the coronavirus pandemic for those customers who aren’t already paying premium rates to have unlimited home-internet access.

These changes (and others announced by carriers around the country) are a direct result of the "COVID-19 Connectivity Pledge" orchestrated on March 5 by Federal Communications Commission (FCC) Chairman Ajit Pai as a response to the crisis. The FCC is also talking with broadband service providers about ensuring they can keep up with changes in usage patterns; for example, increased traffic during this pandemic, to ensure that it does not impair network performance. This has already been an issue in Europe, where companies warned that the COVID-19 outbreak was affecting their network supply chain and that “data connectivity would be as critical as toilet paper.”

All of these announcements by internet and broadband providers beg the question: if these corporate giants had the capacity to “flip the switch” and offer high speed broadband to customers, then why haven’t they offered this before? In a word: money. In the U.S., broadband is not currently treated like a public utility, similar to electricity, gas, and water, where every citizen has the right to access. In most communities, access to broadband is largely dictated by the private sector, with some oversight from the FCC.

However, there’s a small but growing movement for municipal broadband in communities such as Chattanooga, Tennessee. These communities have made the investment of public dollars to ensure that internet is treated like a public utility, under the belief that it can help residents find jobs, do homework, and connect to new technology, like telehealth. In other words, the residents in places like Chattanooga are likely better prepared for this global pandemic. But a vast number of communities without highspeed broadband and those who aren’t able to take advantage of the FCC’s COVID-19 Connectivity Pledge, will be left behind once again.

Carnegie Mellon University’s Metro21: Smart Cities Institute is addressing these broadband connectivity issues by harnessing the necessary R&D to deploy accessible broadband solutions with our municipal partners. We have researchers at the leading edge of telecommunications technology who are focusing their efforts on how to ensure that the deployment of this technology is done equitably, effectively, and efficiently. Faculty Professor Jon Peha recently published a paper on “Spectrum for V2X: Allocation and Sharing” in IEEE Transactions on Cognitive Communications and Networking, and Professor Swarun Kumar recently received the National Science Foundation CAREER award for his work on Pushing the Limits of Low-Power Wide-Area Networks.

We shouldn’t wait for the next pandemic to change the status quo of broadband. We should be investing now in our digital infrastructure and related research, development, and deployment of new technology, as well as enacting more effective policy standards. Only then will we be able to have equitable and sustainable telecommunities supporting economic growth and prosperity for all. 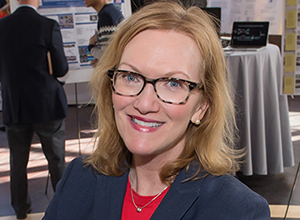