Is the reporting of media outlets biased in favor of firms that advertise with them? A new study looked at the relationship between advertising by car manufacturers in U.S. newspapers and news coverage of car safety recalls in the early 2000s. The study found that newspapers provided less coverage of recalls issued by manufacturers that advertised more regularly in their publications than of recalls issued by other manufacturers that did not advertise, and this occurred more frequently when the recalls involved more severe defects.

The study was conducted by researchers at Carnegie Mellon University, Loyola Marymount University, Brown University, and the Barcelona Graduate School of Economics (GSE). It appears in Management Science.

“Because media coverage affects a variety of outcomes, it’s vital that news outlets provide unbiased and accurate information to consumers so they can make well-informed decisions,” says Ananya Sen, assistant professor of information systems and economics at Carnegie Mellon University’s Heinz College, who coauthored the study. “Our findings demonstrate a robust supply-side bias due to advertising revenue, one that may be quite dangerous.”

Advertising accounts for nearly 80 percent of newspapers’ total revenue in the United States, with total ad spending by the automotive sector surpassing $20 billion in 2006. The study’s authors contend that newspapers’ reliance on advertising raises concerns that editorial decisions may be vulnerable to the influence of advertisers, especially large ones.

It is difficult to separate advertiser bias from bias related to the preferences and demands of consumers, and few studies have assessed market conditions that might minimize such biases. This study overcame these challenges by analyzing media bias in the context of car safety recalls, a situation in which advertisers and readers arguably have opposing preferences in terms of coverage. In addition, by looking at numerous U.S. newspapers, the study provides ample heterogeneity in the level of competition between newspapers across different local news markets, which allowed researchers to draw policy conclusions.

Researchers collected information on all car safety recalls issued in the United States by the National Highway Traffic Safety Administration (NHTSA) between 2000 and 2014, focusing on recalls from the nine largest manufacturers in the U.S. auto market. Then they collected data on the number of articles about recalls published over the same period in 115 U.S. daily newspapers, both national and local, finding a total of more than 13,600 articles.

The study also collected information on monthly advertising spending in these newspapers by car manufacturers and local dealers. To measure local demand for information about recalls by specific manufacturers, the study used survey data on the distribution of car ownership by brand and geographic area. As a proxy for the presence of online competitors, the study collected information on the time of entry of Craigslist, the world’s largest online platform for classified ads, into different U.S. newspaper markets. Finally, researchers counted nationwide fatalities associated with vehicle crashes provided by NHTSA.

The study concluded that newspapers provided less coverage of recalls from manufacturers that bought more advertising in the previous two years. Specifically, higher spending on advertising was associated with a lower probability that the newspaper published any article on the recalls, and for those newspapers that did publish information about recalls, fewer articles were published. The bias was strongest when small newspapers published ads from local car dealers. The effect was stronger for recalls that involved a large number of vehicles and that involved more severe defects.

The study also found that readers who owned cars by a manufacturer that issued a recall wanted more information about the issue, while advertisers wanted to minimize this information.

In addition, the study found that the advent of online platforms (such as Craigslist) and the subsequent deterioration of the financial situation of many newspapers have weakened editorial independence and resulted in a greater ability of advertisers to deter negative content.

However, competition between newspapers may reduce the amount of favorable coverage given to a manufacturer, the study found.

“The vulnerability of newspapers to be influenced by advertisers and the role of market structure have implications for policymakers,” explains Graham Beattie, assistant professor of economics at Loyola Marymount University, who coauthored the study. “Regulators should formulate rules that limit such conflicts of interest through policies such as limiting concentration of media ownership and encouraging competition between media outlets.”

The research was funded by the University of Toronto, Brown University, Barcelona GSE, the Jean Jacques Laffont Digitial Chair, MIT Initiative on the Digital Economy, and the Laboratory for Interdisciplinary Evaluation of Public Policies.

About Carnegie Mellon University’s Heinz College
The Heinz College of Information Systems and Public Policy is home to two internationally recognized graduate-level institutions at Carnegie Mellon University: the School of Information Systems and Management and the School of Public Policy and Management. This unique colocation combined with its expertise in analytics set Heinz College apart in the areas of cybersecurity, health care, the future of work, smart cities, and arts & entertainment. In 2016, INFORMS named Heinz College the number one academic program for Analytics Education. For more information, please visit http://www.heinz.cmu.edu. 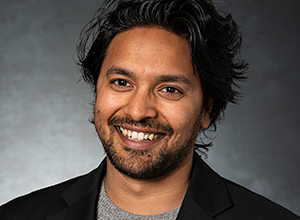