Heinz College professor Beibei Li is an expert in digital consumer behavior and decision making. The pandemic has been an interesting time for her area of research (to say the least). Li’s recent work with location data and its connection to contact tracing efforts provides key insights for public health and economic responses.

Since the advent of the internet, and later the ubiquity of smartphones, businesses and the consumer economy have steadily become more digitized. For years, online sales have been encroaching on brick-and-mortar purchases—and that was before the coronavirus led to widespread lockdowns. Now, amidst stay-at-home orders and lingering public health worries, Americans are on track to spend more online in the first three quarters of 2020 than they did during all of 2019.

And that’s just one aspect of digital consumer behavior that’s been affected by COVID-19. Beibei Li, the Anna Loomis McCandless Chair and Associate Professor of IT and Management at Heinz College, has been watching these changes closely.

“The pandemic is a huge shock that’s accelerating digitization. It pushed everyone to go online in a few weeks’ time,” said Li. “Many people don’t mind some of the changes, like ordering groceries online and working remotely.”

App downloads are on the rise as well, as more consumers spend more of their time at home and online. Li says the top categories of app downloads are led by health and lifestyle apps, followed by education, news, fitness, and networking apps.

But there are tradeoffs to this rapid digitization that have serious ripple effects for local economies.

“The retail sector is being disrupted very badly, as are sectors like travel and in-person entertainment. Major brands are managing a lot better, because they’re more developed in terms of digital channels and cross-channel service. They already have a mobile channel, or an online shop, so it’s easier for them to adjust,” said Li. “Local retailers are having trouble surviving because many aren’t fully digitized. Some, like nail salons that serve their neighborhood with an in-person service, can’t digitize at all.”

Add to that the trend that consumers are spending more on essentials and less overall during the pandemic, and that puts a lot of retailers in jeopardy if they can’t adapt their service models. Li notes that the pandemic has also caused a shock in brand loyalty, as consumers migrate toward companies with more robust digital services for both convenience and safety.

“Some of those changes in brand loyalty may remain when the pandemic is over. If someone gets used to groceries from Whole Foods because they can get them quickly delivered to their home, they may get used to those products. That may become their go-to brand in the future,” said Li.

The fact of the matter is that many of the big changes in consumer behavior stem from the reality that people simply aren’t moving around as much during the pandemic, whether that’s due to public health guidelines, stay-at-home orders, or personal reasons.

But sometimes, data that indicates less movement can be just as illuminating for researchers.

WHAT LOCATION DATA TELLS US ABOUT CONSUMERS, CONTACT TRACING, AND COVID

Li has published several recent studies on location and mobile tracking data. During the pandemic, these types of data can provide officials with invaluable insight about how people have adjusted their behavior during the crisis.

“I’ve been working for years with detailed individual-level anonymized location data, basically using smartphone data to try to understand individuals’ mobility and decision making in general,” said Li. “The pandemic created a very interesting shock to this entire area of research. When I look at other countries like China, Japan, South Korea, Singapore, and some European countries, they’ve been much more accepting of contact tracing and using apps to help trace using location data. But in the U.S., we haven’t had that success.”

She says that despite tracing apps being developed by institutions like CMU (Novid), MIT, Apple, and Google, Americans have been less likely to adopt such technology at societal scale. Li and her colleagues wanted to know why, and what factors cause variation in attitudes and behaviors.

“Some people may think their location is always sensitive and they don’t ever want to share it. Others in the population are more open to it, especially now when lives are at stake. Because this is a special circumstance, it would seem some are more willing to sacrifice some individual privacy to trade for societal or public health benefit,” said Li.

She found that political affiliation is one attribute that seems to make a difference in behavior. U.S. residents of the top 10 most Democratic-leaning cities—populations who are typically more privacy-conscious in general—saw a substantial drop in the number of consumers opting out of location tracking services since the federal emergency declaration in March.

“What we notice is that people across the U.S. became more willing to share location data after the emergency declaration, with a much larger effect in ‘Blue Cities.’ People started to become aware of contact tracing and that government and health officials were considering using location data or Bluetooth data for that purpose, so we saw fewer people opting out,” she said.

She also found that this data could be used to gauge how well people fulfill social distancing guidelines by area. Li suggests that officials could use this data to identify areas that could benefit from more on-the-ground public health efforts or policy guidance to limit the spread of the virus and boost contact tracing.

“There’s a lot of interesting value from this location data that goes beyond contact tracing as well,” said Li. For example, she and Lee Branstetter, professor of economics and public policy at Heinz College, are currently collaborating with the Allegheny County Department of Human Services to try to use location data in a privacy-preserving manner to potentially help identify unemployment and housing instability in a more timely way.

“We’ll try to predict based on movement patterns who are potentially people who used to have a job and may no longer be employed, or whose housing situation has changed.”

Li says that this kind of organic natural mobility data could identify adverse trends more quickly, thus allowing officials and agencies to pre-emptively allocate and funnel resources toward areas that may suffer higher rates of unemployment or housing loss, and shorten response times for people in need of emergency services. That could keep fewer people who need help from slipping through the cracks.

Li acknowledges that there is still a lot of work to do to get the general public comfortable with location tracking. Even though the location data she uses in her research is anonymized so individuals cannot be identified, there is still a great deal of misunderstanding among consumers about what this data is, and what it isn’t.

“We need to do better educating people about technology and data and how it’s being collected, so hopefully people can become more comfortable with it and make an informed decision,” she said. “Policymakers are the first people who need to be educated.”

It is certainly true that there are people who don’t believe there’s a pandemic at all, and it may be difficult or impossible to include them in a contact tracing program no matter how effective it is. However, that disposition doesn’t apply to everyone who’s wary of location tracking.

Li suggests there are many people who understand the severity of the public health crisis, but who perhaps don’t understand the technology so they may be against contact tracing; another category of consumer understands there’s a crisis and is also tech-savvy, so they may be more privacy-conscious and choose to opt out for that reason.

“Working together with health officials and local leaders, we may be able to change the minds of people in those two groups and get them more comfortable participating in location tracking and contact tracing as part of a pro-social cause,” she said. “The goal is to use this data to better design policies that benefit societal good. The more people buy in, the better we can do that.” 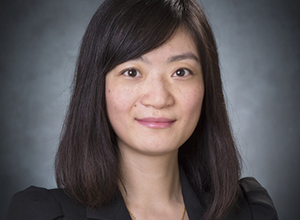 Reducing Inequalities in the Justice System Must Be a National Priority