Labor-market conditions in destinations to which migrants travel for work affect a variety of outcomes and can change migrants’ choices about where to relocate. A new study examined how and why reductions in U.S. employment as a result of the Great Recession of 2008 affected demographic and economic outcomes in Mexico. The study found that the Recession and resulting declines in U.S. demand for labor affected outcomes in Mexico—with communities with strong ties to the hardest-hit U.S. labor markets impacted the most.

The study, by researchers at Carnegie Mellon University (CMU) and the University of Colorado Boulder, is a working paper of the National Bureau of Economic Research.

“Our findings demonstrate the substantial and possibly long-lasting influence of the U.S. labor market on Mexicans, especially when migrants lose access to a strong U.S. market,” explains Brian K. Kovak, associate professor of economics and public policy at CMU’s Heinz College, who coauthored the study. “In doing so, our results provide insights about the potential impacts of stricter U.S. migration restrictions.”

We know relatively little about how the U.S. labor market affects individuals in Mexico because of the lack of detailed information connecting migrants’ sources and destinations. In this study, researchers used newly validated administrative data on geographic migration networks to look at how declines in the demand for labor in the United States spread across the border to Mexican communities that were already part of migration networks.

The data came from the Matrícula Consular de Alta Seguridad (MCAS) identification card program, which the researchers use to measure the distribution of U.S. locations chosen by migrants from each Mexican municipio (similar to a U.S. county). This information allowed the researchers to observe each Mexican community’s ties to different U.S. local labor markets. Other information came from the U.S. County Business Patterns and American Community Surveys, and the Mexican Censuses of Population, Inter-Censal Count, Economic Census.

The researchers took advantage of the unique environment provided by the Great Recession, when hiring fell and layoffs increased significantly, but wages did not substantially decline. They compared changes in outcomes between municipios whose migrants tended to live in U.S. locations that faced larger declines in employment as a result of the recession.

In the Mexican locations with strong ties to U.S. destinations that were hardest hit by the recession, the size of the working-age population grew faster—driven largely by former migrants returning to Mexico and potential migrants choosing not to move to the United States—than in municipios facing smaller shocks, the study found. The change in migration also substantially increased the share of the local (Mexican) workforce that was male.

The study also documented a decline in the likelihood that Mexican households received remittances among those who experienced larger U.S. labor market declines. As a likely result, households in locations that were more significantly affected by the changes in the U.S. labor market were less likely to buy televisions, and school enrollment for 6- to 12-year-olds in these areas grew less than in other areas. The loss of remittance income from higher-paying U.S. jobs led more women to enter the workforce, the study found.

“Our study reinforces that U.S.-Mexico migration operates through a series of tight connections between specific sources and destinations,” says Maria Esther Caballero, a Ph.D. student at CMU’s Heinz College, who coauthored the study. “Any local shocks on one side of the border are likely to affect outcomes in migrant-connected localities on the other side.”

The authors also considered the policy implications of their findings. “Our study shows what could happen if Mexican migrants lose access to the U.S. labor market as a result of significant immigration reform,” suggests Brian C. Cadena, associate professor of economics at the University of Colorado Boulder, who coauthored the study. For example, a reform like E-Verify, which verifies eligibility for employment and makes it more difficult to work illegally in the United States, shifts the immigration system to consider skills rather than family reunification. “This would drastically reduce Mexican-born workers’ access to the U.S. labor market, with significant effects,” adds Cadena.

The study was funded by the Eunice Kennedy Shriver National Institute of Child Health and Human Development and the Russell Sage Foundation. 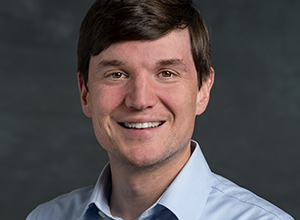 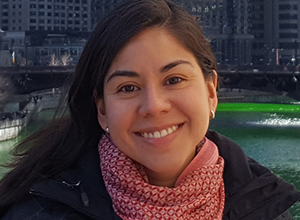