In Health Care, Small Changes Can Have Massive Impacts

Heinz College economist Martin Gaynor has some ideas about how to fix the markets that underpin American health care. As part of recent Congressional testimony he rolled out new policy recommendations to attack systemic problems in health care with targeted solutions to reduce costs while maintaining or improving quality.

The United States spends a lot of money on health care each year. Like, a lot a lot. More than any other wealthy nation per capita, and it’s not even close. Nearly one out of every five dollars spent in the U.S. is spent on health care. You might think that all that expense would mean we have the best quality health care in the world—in reality, health outcomes in the U.S. lag behind other countries.

The U.S. health sector is a huge, sprawling, complicated network of providers, payors, and policies that can seem both hopelessly complex and stubbornly resistant to change. And while that’s true in some respects, it’s not to say that improving the system would be impossible. In fact, the U.S. health care sector is so mammoth, that even seemingly incremental fixes can have major impacts.

Heinz College economist Martin Gaynor has identified some of those fixes.

“There are some very simple, straightforward things we can do that can really make a difference,” said Gaynor.

On July 15, Professor Gaynor will be part of an expert panel on health care at Heinz College, moderated by Margot Sanger-Katz of The New York Times. Other panelists include Katherine Baicker from the University of Chicago, Zack Cooper from Yale University, and Shelley White-Means from the University of Tennessee. The panelists will discuss several major issues facing the American health system and propose solutions.

Gaynor has extensively studied competition and consolidation in the U.S. health care market, a growing problem nationwide. He has testified before Congress that in markets where there is greater consolidation and less competition (many places in the U.S. only have one or two large health systems that dominate the local market), prices tend to increase substantially, without any improvements in quality (and in some cases reductions in quality).

Gaynor remarks that health care consolidation has accelerated in recent years, negatively affecting consumers. Consolidation between close competitors causes prices—and health care spending—to go up. When that happens, the premiums that insurers charge to employers also go up, and workers end up footing the bill, either through reduced wages, paying a higher share of premiums, reductions in insurance coverage, or in some cases all three.

One solution he proposes is a relatively minor change to the way Medicare pays for physician services—something known as “site-specific billing.” Medicare pays physicians a certain rate for seeing patients in their practice. However, if that practice is owned by a hospital, the same fee gets paid to the physician, but Medicare also pays a “facility fee” to the hospital, which can double the cost for the same service.

“That can be very profitable. Site-specific billing is a major factor leading hospitals to acquire physician practices in recent years,” said Gaynor. “It’s a big contributor to market consolidation in health care, which drives up costs. Fixing it would just be a matter of removing this artifact in how Medicare pays.”

Gaynor also refers to a policy called the “340b program,” which subsidizes hospitals for physicians’ drug purchases, as a contributor to this problem.

“Even the most careful planning can have unintended consequences. Now that we know these problems exist, and how to fix them, they can be fixed,” said Gaynor.

Along with his colleague Zack Cooper from Yale University, Gaynor put forth several policy recommendations, which he’s recently shared with regulators and members of Congress. These policies, which Cooper and Gaynor estimate could amount to 2 percent of private health spending when taken together, include:

Professor Gaynor is quick to note that such solutions would not fix everything—health care is much more complicated than any one single issue. But that’s precisely why changes that seem small can make such a difference collectively.

“We spend 3 trillion dollars on health care each year. Even if something saves you a fraction of a percent? I’ll take it,” said Gaynor.

“In the long term, the question of what health system would be best is a question we should engage with. In the meantime, we have a market-based system in the U.S., so making these markets work as well as they can is to the benefit of American citizens.”

Gaynor is part of a nationwide effort to pinpoint those kinds of health care solutions that save a a percent here, a percent there. It’s called the “1% Steps for Health Care Reform Project.” The group, made up of leading academics in the health care space, prescribes small tweaks to the U.S. health care system that could save billions, even tens of billions of dollars in spending without affecting quality.

Savings like that could add up quickly. But it’s not just about the money.

Where there’s less competition, patients (particularly patients with mobility issues) have fewer choices. And Gaynor adds that markets with less competition not only see higher prices, they also tend to deliver lower quality, which can show up as increased mortality rates among certain patient groups.

“When you’re dealing with very sick patients, they’re very vulnerable. In health care quality, little things matter, and lots of little things can add up,” said Gaynor. “If a hospital isn’t pushed by tougher competition and consumers don’t have a real choice, it’s feasible that things would start to slip in ways that cumulatively affect quality.”

As is the case with any system, changes in one area could have cascading effects. Gaynor believes consolidation has a corrosive quality that eats at many other parts of the system, and that improving competition could have ripple impacts.

“Consolidation is not the whole of the problem, but it is a big part of the puzzle that drives other issues.”

Gaynor expects consolidation and competition to be important points of conversation at the upcoming Heinz College-NYT panel.

Learn more about the event and register to attend below.

Mission Impossible? How to Fix U.S. Healthcare
Can U.S. healthcare be saved, or is the patient beyond all hope?

Moderated by Margot Sanger-Katz of The New York Times

Registration is required for this free event. Register by Wednesday, July 14. Zoom login information will be provided via a confirmation email. 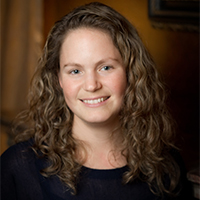 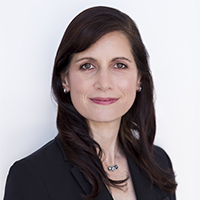 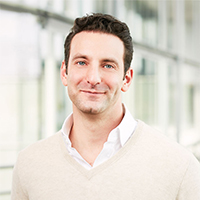 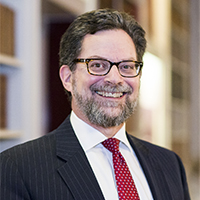 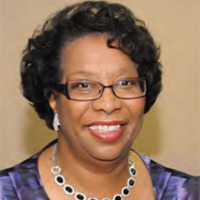 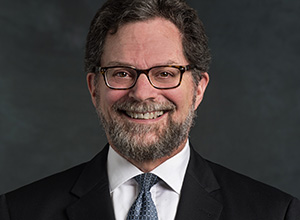 Prof. Martin Gaynor
Expert in antitrust and competition, and the economics of healthcare
---

In Health Care, Small Changes Can Have Massive Impacts