Research, Theory on Negotiation Can Inform Understanding of I-Deals in the Workplace

Idiosyncratic deals—known as i-deals—are customized work arrangements that individuals negotiate with their employers, and they are becoming increasingly common in today’s workplace. A new analysis brings research and theory on negotiation to bear on i-deals to create a framework for understanding more fully their role in advancing or undermining workplace equity and justice.

The analysis, by researchers at Carnegie Mellon University (CMU) and the University of London, appears in Group & Organization Management.

“Research on i-deals has tended to look at the deals after they’re created, particularly for employees and organizations,” says Denise M. Rousseau, professor of organizational behavior and public policy at CMU’s Heinz College, who coauthored the analysis. “This focus overlooks the fundamental processes associated with negotiating i-deals in the first place.”

The authors of the analysis thought that the literature on i-deals could benefit from more advanced research on negotiations, particularly its attention to negotiation preparation and the bargaining process. In their analysis, the researchers identified key features of negotiation studies that apply to the formulation of i-deals and used these to develop an agenda for ongoing research on this type of work arrangement.

In their article, the authors discuss what is known about i-deals, the outcomes they yield, and the conditions that give rise to them. They provide a framework linking the study of i-deals (which typically take place in the field) with research on negotiations (which is typically done in labs). Finally, they present an agenda for developing i-deals theory and research that is informed by insights from negotiation research.

The authors conclude that i-deal negotiations are inherently organizational in nature, introducing issues of hierarchy, embedded relationships, and multilevel antecedents and consequences into the bargaining process and its phases. Efforts to look more closely at the particulars of i-deal negotiations, the authors suggest, should provide more understanding of the role of information, power, strategy, and tactics in creating and managing i-deals. Finally, paying more attention to the economic outcomes of i-deals can provide evidence regarding their role in advancing or undermining workplace equity and justice.

“Applying negotiation theory to i-deal negotiations can pull back the curtain on how people develop mutually agreeable work arrangements, allowing us to predict when they will be successful in reaching high-quality, mutually beneficial outcomes,” explains Laurie R. Weingart, professor of organizational behavior and theory at CMU’s Tepper School of Business, who coauthored the analysis. “It can also broaden our understanding of employment negotiation as we expand our framing of what constitutes a job negotiation and how the broader organizational context comes into play.” 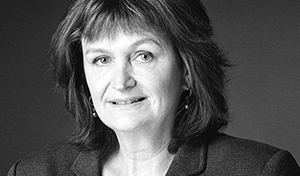