April 4, 2022 – Today, the Heinz College of Information Systems and Public Policy announced that William Peduto will join the faculty as a Distinguished Executive in Residence. In this position, Mayor Peduto will serve as a guest lecturer, and co-teach a mini course.

“We are proud to welcome former Mayor Peduto to Heinz College,” said Ramayya Krishnan, Dean of Heinz College. “While in office, Mayor Peduto modernized city government and truly transformed Pittsburgh into a leading 21st Century city. We know our students will benefit from his leadership experience as well as his expertise in public policy and management.”

Following 12 years as a member of the Pittsburgh City Council, Peduto was elected the 60th mayor of Pittsburgh in 2013 and was re-elected in 2017. During his time as mayor, Peduto maintained Pittsburgh’s fiscal responsibility, established community-based development plans, embraced innovative solutions and established Pittsburgh as a leader in green initiatives.

“I am honored and excited for the opportunity to join Heinz College as a Distinguished Executive in Residence,” said Peduto. “During my time on the City Council and as mayor, I had the opportunity to work with the university and college on several events and initiatives. I am pleased to formalize our relationship and work together to educate our leaders of tomorrow.”

Under Peduto’s leadership, the City of Pittsburgh worked closely alongside Carnegie Mellon to transform the city’s government into a 21st Century model. Together, Pittsburgh and Carnegie Mellon created the first Memorandum of Understanding (MOU) between a city and university that became the model of the Obama Administration’s MetroLab Network, a national alliance of cities and universities committed to providing analytically based solutions to improve urban infrastructure, services, and other public sector priorities. Mayor Peduto is a founding member of the MetroLab Network. The organization provides a network of ideas for cities around the country of how to improve cities through innovation. Today, this network involves more than 28 cities and universities in modernizing governments throughout the United States.

His term with Heinz College will conclude on March 31, 2023.

About Sabean Innovation, Inc. (Say/Bee/En)
Since leaving office, Mayor Peduto has established Sabean Innovation, Inc., a consulting firm based on transformative industries, organizations, and nonprofits. Serving as president, he works with organizations around the country and world. Sabean's mission is to provide the principles of P4 - people, planet, place & performance - development ideology that the Peduto Administration created, within the ethos of organizations worldwide. Next week, this work takes him to Kansas City where he rejoins the Global Covenant of Mayors as their keynote at a summit on climate action and resiliency. Later this month, Mayor Peduto will join a delegation of diplomats representing the United States with the Strong Cities Network in Helsinki, Finland addressing extremism and hate. This dialogue will continue in the United States and be followed with a summit later in the year. Mayor Peduto continues to serve in a volunteer capacity on the statewide level through Advisory Board to City & State PA, a national level through Climate Power and an international level through Altruism in Medicine Institute. The work that William Peduto began as mayor continues to this date. 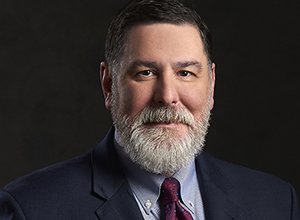