In 2021, just two years after massive protests rocked Chile, a woman was elected president of the Constitutional Convention, which was the first institution to reach complete gender parity. A new analysis examines how Chile’s democratic deficit and enduring inequality, particularly inequality related to gender, spurred the evolution of the country’s feminist movement, which has worked toward progress for all Chileans.

The analysis, by a researcher at Carnegie Mellon University (CMU) and an educator and writer, is published in Social Inclusion.

“Gender inequality, which in Chile is superimposed on a societal and economic structure characterized by deep inequalities that cut across every aspect of society, has been sustained by a political and legal system that has severely limited women’s access to economic power and equality,” explains Silvia Borzutzky, professor of political science and international relations at CMU’s Heinz College, who coauthored the analysis. “This gender inequality gave urgency to the regeneration and evolution of Chile’s feminist movement.”

In their analysis, the authors argue that the neoliberal policies implemented by the Pinochet dictatorship and maintained by democratically elected regimes after 1990 sustained a pattern of inequality and limited opportunities for democratic participation, which the authors term a democratic deficit. In response, the feminist movement united Chileans in a common struggle and collaborated with other movements to build power, putting women’s rights at the forefront of the political and socioeconomic agenda. This contributed to the mass protests that began in October 2019 and the writing of a new constitution.

To support their argument, the authors reviewed political science literature on Chilean politics and social movements. They also gathered secondary data, including interviews, news articles, surveys, and global reports, to answer four main questions: 1.) What inequality exists in Chile? 2.) Why does this inequality exist? 3.) What are the most important feminist claims? 4.) How has the construction of these claims by the feminist movement advanced social mobilization in Chile?

In their work, the authors paid close attention to what current feminist leaders said about the theoretical and practical foundation for their claims, the process of developing these claims, and how the claims were used to engage movements more broadly.

The inclusivity of Chile’s Constitutional Convention represents a success for the feminist movement, they suggest, which seeks not to simply politicize the experiences of women, but to dismantle the systems from which patriarchal violence stems. The writing of the new constitution is still in its early stages and therefore holds many unknowns.

“However, it is clear that feminist participation will continue to be central to the process and once Chile has a new constitution, the feminist movement will continue to push political and social progress to ensure inclusion of all Chileans,” suggests Sarah Perry, an educator, writer, analyst, and 2021 graduate of CMU’s Heinz College, who coauthored the analysis. “Viewing the movement through a framework rooted in decades of feminist action and an intersectional perspective gives us the best understanding of its influence.”

Summarized from an article in Social Inclusion, “The Revolution Will Be Feminist—Or It Won’t Be a Revolution”: Feminist Response to Inequality in Chile by Perry, S (educator, writer, analyst), and Borzutzky, S (Carnegie Mellon University). Copyright 2022 The Authors. All rights reserved. 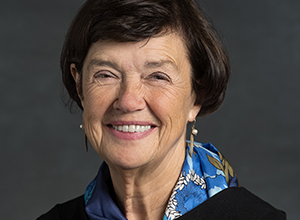