Researchers have developed a new approach to estimate cell-specific networks for each biological cell and cell type. To further the field’s understanding of autism spectrum disorder (ASD), the researchers examined the evolution of gene networks in fetal brain cells and compared the gene networks of cells from individuals with and without ASD to reveal patterns in gene co-expression. The study’s findings highlight functional differences in these cells, which represents a step toward understanding how ASD develops.

The study, by researchers at Carnegie Mellon University (CMU), is published in PNAS.

“Single-cell gene networks have the potential to yield critical insights into biological processes,” says Kathryn Roeder, professor of statistics and life sciences at CMU, who participated in the study. “Our work, which expands the concept of cell-specific networks, can aid in understanding the origin of ASD.”

Single-cell RNA sequencing provides a profile of RNA expression for individual cells that reveals heterogeneity across cell populations. Recent advances allow cell types to be classified into subtypes and by cell state, but little attention has been given to gene-gene association and transcriptional networks. In addition, traditional analyses of gene expression miss critical signals about differences, which can hinder comprehension of vital biological processes.

Gene expression is the process by which information from a gene is used in synthesizing a functional gene that enables it to produce a product. Gene expression is tightly regulated by networks of transcription factors (proteins involved in converting or transcribing DNA into RNA). Small changes in gene expression can lead to substantial changes in network structure, ultimately with a large biological effect. Understanding these networks at a cellular level can help pinpoint differences in the inner workings of cells in normal and diseased tissues.

"Analysis of networks is challenging not only for genomics, but for other areas as well, such as the social sciences,” said David Choi, Assistant Professor of Statistics and Information Systems at Carnegie Mellon University’s Heinz College. “It’s been interesting to learn about how networks arise in this field, and to see if any lessons can be transferred from one field to another."

In this study, researchers sought to reveal co-expression networks within individual cells. They did so by constructing cell-specific networks on the cellular level from single-cell RNA sequencing. Specifically, they modified the original network construction algorithm to produce a more adaptive and powerful method. Then they applied this method to several single-cell RNA sequencing datasets, including developing fetal brains and brains of people with ASD.

Using their newly developed method, the researchers extracted information about cell-level networks from these datasets that preserved cell-level network heterogeneity and highlighted network differences between case and control samples, shedding light on important functional differences in participants’ brains. In particular, the study found that their method enabled better separation of cells by identifying genes that have differing co-expression—but similar expression levels—between the two groups.

“Our findings highlight the importance of gene co-expression, and of well-studied gene expression,” explains Xuran Wang, postdoctoral fellow in statistics and data science at CMU, who participated in the study. “They also provide a new perspective for detecting gene modules and regulating genes in biological processes.”

The research was funded by the National Institute of Mental Health. 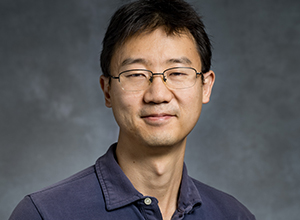