More than 4 million premature deaths a year are attributed to outdoor air pollution, and most occur in low- and middle-income countries where residents lack access to reliable information on air quality. A new study evaluated a large-scale program that provided air-quality information at more than 40 U.S. diplomatic posts around the world that previously had low-quality monitoring. The study found that fine particulate concentration levels would have been significantly higher in the absence of embassies’ monitors and tweets about air quality.

The study, by researchers at Carnegie Mellon University (CMU) and The University of Queensland, appears in The Proceedings of the National Academy of Sciences (PNAS).

“The monetized benefits of reductions in pollution as a result of these monitors were large for both embassy staff and the local population,” says Akshaya Jha, assistant professor of economics and public policy at CMU’s Heinz College, who coauthored the study. “Our findings point to the benefits of improving the availability and awareness of air-quality information in low- and middle-income countries.”

The World Health Organization estimates that more than 90 percent of the world’s population is exposed to hazardous levels of air pollution. Despite the situation being markedly worse in low- and middle-income countries, by 2011 only 10 percent of developing countries monitored levels of fine particulate matter, the leading cause of premature mortality among air pollutants.

In 2008, the U.S. Embassy in Beijing began tweeting hourly air-quality information from a new pollution monitor, which improved local residents’ access to such information. Since then, the U.S. State Department has installed more than 50 monitors in 38 countries around the world and regularly tweets reports on air quality in those locations.

Researchers used satellite-derived measurements of pollution in more than 450 cities in 136 countries to evaluate the impacts of this natural experiment in air quality monitoring and reporting. To calculate the benefits from reductions in pollution, they look at two factors: changes in the compensation U.S. diplomats received for difficult conditions abroad (including pollution) and premature mortality avoided in the embassy cities.

Use of embassy monitors and dissemination of information from them led to reductions in fine particulate concentration levels in host countries of 2 to 4 micrograms per cubic meter, the study found. The researchers estimate the annual monetized benefit of the decline in premature mortality due to this reduction in pollution at $127 million for the median city with an embassy monitor in 2019.

Providing information on air quality may decrease pollution for several reasons, the authors suggest. First, making this information available may arm local and federal governments with the evidence they need to implement pollution policies in their cities. Readings from embassy monitors may be considered more credible than locally sourced information. And evidence of high levels of pollution may lead to public pressure from residents, officials, and the international community, forcing policymakers to act to control pollution.

“By providing credible, high-quality information, the U.S. government has drawn attention to high levels of pollution in cities in low- and middle-income countries across the world,” explains study co-author Dr Andrea La Nauze from the School of Economics at The University of Queensland. “The resulting reductions in air pollution levels had large health benefits for residents in these cities, speaking to the potential efficacy of other monitoring and information interventions.”

Summarized from an article in PNAS, U.S. Embassy Air-Quality Tweets Led to Global Health Benefits by Jha, A (Carnegie Mellon University), and La Nauze, A (University of Queensland). Copyright 2022. All rights reserved. 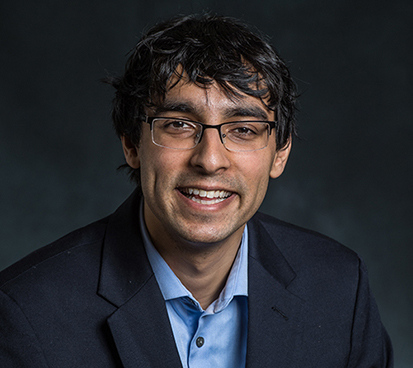 Expert in energy markets and transportation of energy
---