The moves did not academically harm students who remained in public schools.

From 2004 to 2014, private high schools opened in more than 200 rural villages in one large Indian state. In a new study, researchers compared student outcomes in these villages with outcomes in several thousand villages with no private schools. The study found evidence of stratification in academic preparation and socioeconomic status, with high-performing students and students from affluent families and privileged castes disproportionately drawn to private schools. But the researchers also found that these moves did not academically harm students who remained in public schools.

The study, by researchers at Carnegie Mellon University (CMU) and Mumbai Electric Supply & Transport Undertaking, is published in the Journal of Public Economics.

“Enrollment in private secondary schools has been increasing in India,” explains Dennis Epple, Professor of Economics at CMU’s Tepper School of Business, a coauthor of the study. “This will shape outcomes for the current generation of students, and will likely have profound effects for future generations, so it is important that we understand how these changes influence student outcomes.”

In many societies, students are served by both public and private schools. The private sector plays a role in shaping the educational landscape, attracting students who are relatively affluent and more prepared academically, leaving the remaining students with a weakened peer group and potentially weakening support for public schools.

In this study, the researchers analyzed the expansion of private secondary schooling in 22 rural districts in a large Indian state over a 10-year-period. In the first three years (2004-2006), the study included students from the almost 3,500 villages where there were no private high schools. From 2007 to 2009, the study focused on the appearance of new private high schools in 240 of the villages. To study longer-term effects, the researchers assessed exam pass rates through 2014.

In total, the study assessed administrative records for nearly 3 million students, including performance on a 10th-grade test required of all students. Researchers also considered students’ caste, household income, and gender. At the heart of the study was the question of how private-public competition in schooling affected student outcomes. Prior studies have examined what happens when public-school students are drawn out of the public sector via lottery-based voucher programs; in this study, researchers asked what happens when students self-select into tuition-funded private schools.

“Our study assessed effects of private schools only for the first eight years after a private school opens,” notes Lowell Taylor, Professor of Economics at CMU’s Heinz College of Information Systems and Public Policy, who coauthored the study. “Over a longer time span, the socioeconomic stratification in private-public schooling in rural India may exacerbate the high levels of inequality in education already found there and undermine political support for public schooling.”

Summarized from a working paper by the National Bureau of Economic Research, Is There a VA Advantage? Evidence from Dually Eligible Veterans by Chan, DC (Stanford University and Department of Veterans Affairs), Card, D (University of California, Berkeley), and Taylor, L (Carnegie Mellon University). Copyright 2022 XX. All rights reserved. 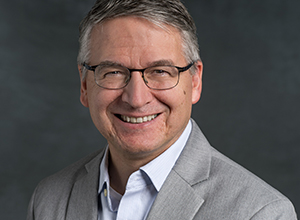