More subsidies seemed to flow into the firms targeted by the policy, but there was little evidence of increases in productivity, R&D expenditures, patenting, and profitability.

Rising concern over the impact of Chinese industrial policy has led to severe trade tensions between China and some of its major trading partners, including the United States. Recently, foreign criticism has focused on the “Made in China 2025” program. A new study examined how this policy initiative affected firms’ receipt of subsidies, expenditure on research and development (R&D), patenting, productivity, and profitability. The study found that although more innovation promotion subsidies seemed to flow into the firms targeted by the policy, there was little evidence of increases in productivity, R&D expenditures, patenting, and profitability.

The study, by researchers at Carnegie Mellon University (CMU) and Shanghai Tech University, is a working paper.

“Despite the enormous international controversy generated by the Made in China 2025 policy, there has been little serious scrutiny of the initiative,” explains Guangwei Li, assistant professor at the School of Entrepreneurship and Management at Shanghai Tech University, who led the study. “Using information extracted from Chinese listed firms’ financial reports to determine the effect of the policy on companies’ outcome variables that measure claimed objectives, our findings suggest that Made in China 2025 may not have achieved its goals.”

Announced in 2015, Made in China 2025 is a multi-pronged policy initiative of the People’s Republic of China. It aims to move the nation away from producing low-quality goods (driven by low labor costs and supply chain advantages) toward innovation-driven production of higher-value products and services.

According to the program’s first step, by 2025, China needs to improve its manufacturing industry, enhance innovation capabilities, boost labor productivity, and integrate industrialization and informatization. One of the controversial elements of the plan is the goal of achieving independence from foreign suppliers in a broad range of high-tech products and services.

Because the Chinese government has not publicly identified the firms designated to receive support under the program, in this study, researchers did a text search of all annual reports of Chinese listed firms from 2015 to 2018, highlighting those that mentioned Made in China 2025 (in Chinese) at least once. This yielded 1,120 potential beneficiaries of the policy. The researchers obtained information on firm-level subsidies, R&D expenditures, and other financial data from the China Securities Markets and Accounting Research Database. They obtained patent data from Bureau Van Dijk’s Orbis Intellectual Property.

Taking part in the Made in China 2025 initiative enabled firms to receive more innovation subsidies and appeared to induce rises in R&D intensity, the study found. However, researchers found no evidence that participation increased firms’ domestic and foreign patenting, labor productivity, total productivity, or profitability, suggesting that the most important goals of the policy remain unrealized.

“The absence of evidence that the hoped-for benefits have been realized counters claims that implementation of Made in China 2025 has generated significant costs for the Chinese economy,” notes Lee G. Branstetter, professor of economics and public policy at CMU’s Heinz College, who coauthored the study.

Among the study’s limitations, the authors note that their analysis was limited to publicly traded firms that disclosed data needed to identify participants in the program; they could not assess the impact of participation on privately held firms. In addition, because the study covered only the first few years of the program, impacts on productivity could emerge over a longer period of time.

Summarized from a working paper, Does “Made in China 2025” Work for China? Evidence
from Chinese Listed Firms by Branstetter, LG (Carnegie Mellon University), and Li, G
(ShanghaiTech University). Copyright 2022. All rights reserved. 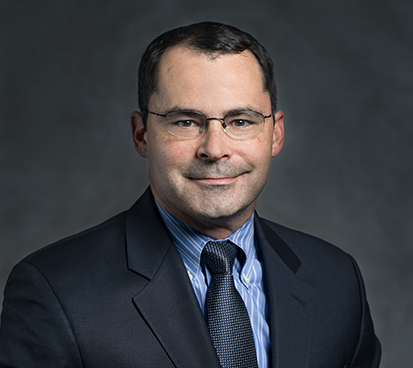 Expert in multinationals and technology and the economics of technological innovation
---