China is projected to surpass the United States at the box office in the near future, and co-productions between the nations are expected to rise. Meanwhile, piracy and censorship continue to create problems.

“China is the most rapidly growing large economy in the world, it has been for a very long time… and has a very large middle class,” said Lee Branstetter, Professor of Economics and Public Policy at Heinz College. “There are hundreds of millions of Chinese that have disposable income, and they can now consume foreign products, including foreign media products.”

Branstetter suggests there is, at present, no opportunity more under-exploited for Hollywood than the Chinese market. As Chinese incomes continue to rise, that market will only become more important.

“We talk about international box office a lot more now than we did a decade ago when the program was founded,” said Dan Green, director of the Master of Entertainment Industry Management (MEIM) program at Heinz College, a joint program Carnegie Mellon University’s College of Fine Arts.

While there may be outsized potential for the Chinese and American entertainment industries to benefit from each other, there are obstacles standing in the way.

Under current policy, the Chinese government limits the number of non-revenue-sharing foreign films that reach domestic movie theaters to around 30 titles each year. The State Administration of Press, Publication, Radio, Film, and Television (SARPPFT) also censors film releases, allowing nothing that impugns government, no stories of police corruption, and nothing supernatural.

“Also, the bad guy must die in the end,” said Rachel Song (MEIM ’16), CEO and co-founder of the independent film production company XS Media. Formerly, Song was the co-founder and Head of Business at Vantage Entertainment, a company that connects financial and creative resources in China and the U.S. as well as develops premium content for the Chinese audience and packages international co-productions (which involves lining up financing and above-the-line talent, as well as domestic distribution and international sales).

“There’s a relatively short history in the [Chinese] film industry. It’s extremely valuable that professionals there have the opportunity to learn from Hollywood,” said Song.

Not surprisingly, there has been a recent uptick in Chinese investments in American media, and vice versa. Chinese property developer turned media giant Dalian Wanda Group, for example, has purchased majority shares of Legendary Entertainment and Dick Clark Productions, as well as the Carmike Cinemas and AMC Theaters chains. Other Los Angeles-based production houses, film financiers, event producers, and digital media companies have also been acquired by Chinese firms in recent years.

The Great Wall, a cross-cultural experiment on a grand scale

As someone who lives and breathes these markets, Song is paying close attention to what happens with Legendary’s The Great Wall, a speculative fantasy action film directed by preeminent Chinese director Zhang Yimou (Hero, House of the Flying Daggers). The film stars Matt Damon as a Western mercenary visiting China—on trade business, as it happens—with a supporting cast of Chinese A-listers Jing Tian and Andy Lau. The Great Wall is set in, on, and around the eponymous structure, which is imagined as a bulwark against an invading force of bloodthirsty reptilian aliens. The film’s ornate art direction and lush visuals reflect 11th century Song dynasty China.

If that all sounds pricey, that’s because it was. The Great Wall was the highest budgeted China-U.S. co-production ever, and players on both sides of the Pacific are closely watching the film’s performance in the U.S., where it opened on February 17 (The Great Wall opened in Beijing on December 6).

“Co-production is a very tricky thing,” said Song, “It’s almost impossible to win both markets. You have to focus on one…so it’s either more for the U.S. or more for China.” She says that she is interested to see whether a film about the Great Wall of China will resonate with the American audience, aliens or no aliens.

Song notes that there are political pressures from both Beijing and Washington that producers need to be aware of before embarking on a co-production. Wanda’s activity in particular has caught the attention of U.S. lawmakers, some of whom may be wary (justly or not) of foreign influence in a quintessential American industry. At the same time, the Chinese government has recently clamped down on investments in overseas media. Late in 2016, Anhui Xinke New Materials, a Chinese manufacturer, announced its intent to buy Voltage Pictures (The Hurt Locker, Dallas Buyers Club) for nearly $350 million dollars. That sale was scuttled. Song says it could be that Chinese regulators threw up roadblocks and compelled Anhui Xinke to back out of the deal, due in part to it being a publicly-traded company not in the entertainment industry.

Branstetter suggests such measures may be an attempt by Beijing to slow the deluge of Western media coming into the country. He says that China is endeavoring to create its own cinema that can compete globally, and that easing their quota system or allowing Chinese companies to freely buy up Western media will overwhelm the indigenous film industry, and introduce more media to the Chinese market that doesn’t square with the values of the Chinese Communist Party.

“There is a concern that consumers will just flock to the Hollywood movies because they are more professionally produced…and they weren’t produced under the censorship and restrictions that the domestic movie industry has to deal with,” said Branstetter. He adds that if the quota were lifted entirely, while unlikely, would easily generate billions of dollars of revenue for the big American studios.

Eventually other countries are going to be producing as much if not more than what gets produced [in the United States]. By some definitions, that may already be the case. Dan Green, MEIM Program Director

‘The most digitally protectionist nation in the world’

Song says that while Hollywood dislikes the quota and censorship demands, no one is more dissatisfied by those government restrictions than Chinese consumers, who are going online in droves to find more exciting and daring titles to watch.

“In China, everyone is looking for content,” she said. “There is a huge demand gap.”

Much of that online viewing, however, is sourced illegally.

Branstetter says that China has attempted to wall off its Internet, calling it probably the most digitally protectionist nation in the world. Therefore, while shows such as Stranger Things, Westworld, and Game of Thrones (to name a few) have huge followings in China, they are more than likely heavily pirated.

“Sophisticated young Chinese [computer users] have pretty broad access to Western media content, regardless of what the government tries to do,” said Branstetter.

Studios can’t do much to fight that piracy, though Green suggests that may have been the primary impetus for Legendary’s decision to release The Great Wall in China before the U.S.

“That was an unusual move…but [Legendary] wanted those Chinese dollars, they didn’t want to have to deal with the piracy,” said Green.

Even with rampant online theft and counterfeit distribution, Chinese consumers have shown that they are more than willing to spend their money at the multiplex. PwC recently projected that the Chinese box office is expected to surpass the American box office by the end of 2017.

“We can no longer afford to just care about what’s happening domestically. The entertainment industry is a global industry, and eventually other countries are going to be producing as much if not more than what gets produced [in the United States]. By some definitions, that may already be the case,” said Green.

Branstetter says that more so than piracy cutting into profits or a strict quota limiting market penetration, what Hollywood should truly fear is an artistically unconstrained Chinese cinema that would have “no problem whatsoever” competing in the global market.

“A truly unfettered Chinese cinema would…churn out amazing movies that might feature mostly or entirely Chinese casts, might be set in China, and address themes that are not immediately familiar to an American audience but that would be such superlative works of art that a global audience would be drawn to them,” said Branstetter.

Whether or not such a future exists remains to be seen, but Branstetter says it all hinges on whether Beijing will ever take the creative shackles off the industry and its artists.

“It’s what the talent there deserves.”

Learn more about the MSPPM Program 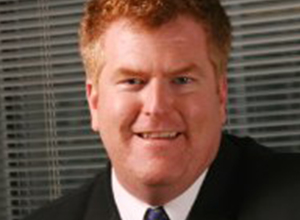 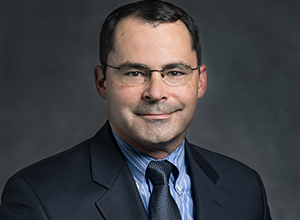