Delivering Digital Government to All of Mexico's 127.5 Million Citizens

Mexico is leading the way in e-government, with a national project underway to digitize virtually all government services and deliver internet access to all of the country’s 127.5 million citizens. Perhaps no other country has made greater strides in digital government in recent years—and a Heinz College alumna is at the helm of the effort.

Yolanda Martínez Mancilla (MSPPM ‘06) serves in the Office of the President of Mexico as Mexico’s National Digital Strategy Coordinator. That national strategy is an enormous, ambitious, complex operation to streamline and digitize services in order to transform the way Mexican citizens interact with government offices.

The National Digital Strategy Coordination Office was newly created under President Enrique Peña Nieto in 2012, and the progress made in six years is nothing short of amazing. In 2016, Mexico was ranked 14th in the world in e-participation by the United Nations E-Government Survey, tied with Austria and Poland. 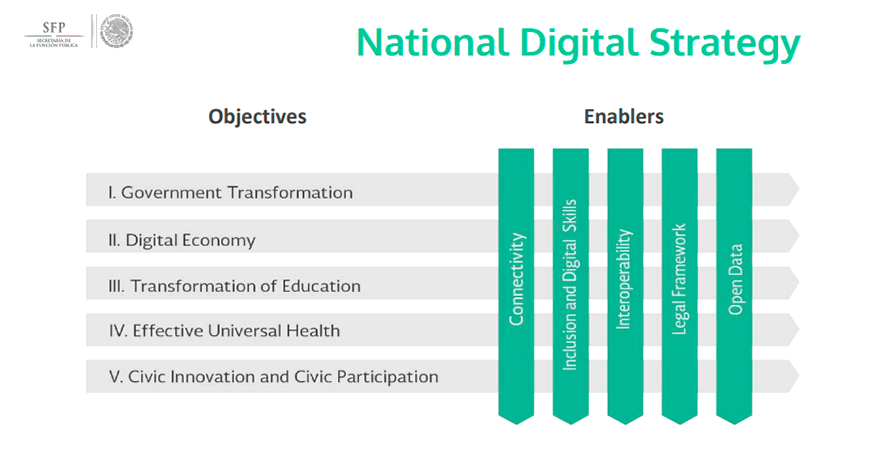 Office of the President of Mexico

“We had 39 million people connected to the internet in 2012, a very low access rate for a country our size,” said Martínez, “Through telecommunications reform, we sought to open up the market, increase competition, decrease prices, and improve access. As a result, we now have over 79 million people connected. We doubled coverage in six years, and we’re hoping to get 85 million online by [2020].”

What is her office’s goal? 100 percent coverage, of course. Universal access, increased competition, a culture of ethics instilled in Mexican internet users from a young age, and the realization of internet access as a constitutional right for citizens.

“Our vision is an egalitarian society where we can use technology and the internet to ensure everyone has access to education, has the opportunity to become an entrepreneur, and our society is more equal. That’s our challenge right now,” she said.

Mexico’s transformation is fueled by gob.mx, the Mexican government’s official portal. Through the site, Martínez’s office has coordinated services across nearly 300 government agencies, 32 state governments, and major city governments. The result is a unified web presence, standardizing more than 5,000 government services and getting 87 percent of services online.

“Governments are not recognized for being very efficient. Usually government is very bureaucratic and works in silos,” said Martínez.

“We want to be a seamless government. We want to use technology to provide services and to be open 24/7, anytime, any device. That requires a lot of political will to reach that kind of philosophy.”

It isn’t enough for the government to transform itself for the digital world, however. Martínez notes that another priority for her office is the nurturing of a population that is digitally literate and technically skilled.

She says that education reform in Mexico has focused the nation’s attention on technology, incorporating tech into all levels of education and making information and communications technology a curricular requirement.

“We want to develop technological skill and computational thinking in students at all levels. We live in a digital world, if we don’t have a digital agenda that makes it a priority to ensure people aren’t getting left behind then the skills gap is going to increase,” she said.

Many things have changed

Martínez spent several years in the city of Zapopan, a small city of about 1.1 million people in the Mexican state of Jalisco. She was the Government Innovation Policy Advisor and CIO for Zapopan before becoming Chief of the Digital Government Unit at the Ministry of Public Administration in Mexico City. There, she began her collaboration with the national agency she would go on to lead.

“City government work is extremely close to citizens, you’re providing services like lighting, public transportation, public spaces,” said Martínez. “National level policies provide services as well, but the policies you develop have an enormous power to be a framework. Cities are like innovation labs, and I enjoy that because you see the benefits. You have day-to-day interactions with citizens."

Martínez's level of responsibility has grown in scope but her perspective on technology and its transformational capabilities has remained the same.

“Many things happening now are things that were being thought about or used when I was in school at Heinz,” she said. “Technology changes so fast, but the core of how you use technology to make better public policy is extremely relevant.”

She remarks on a data mining class she took at Heinz College in which she learned techniques that allowed cross-selling of products. Now, her agency is using those techniques to create personalized government services and make government more efficient and effective for citizens.

“Our national digital strategy reshapes how we educate our people, how we develop the skills needed to create new companies and new services, and how we embrace emerging technologies like artificial intelligence, blockchain, quantum computing, and IoT,” she said.

“We want to use these technologies for good.”

Learn more about the MSPPM Program 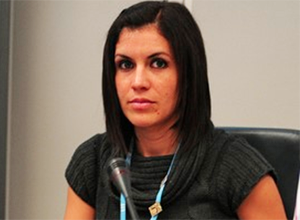 Yolanda Martínez Mancilla (MSPPM '06) was named to the Top 20 on Apolitical's list of e-government leaders.