Artificial intelligence is changing the ways artists create art. What does it mean for arts managers? CMU arts management experts talk about the future of the art world.

You walk into an art gallery and see an image projected on a bare wall. But the image is not what it appears to be. In fact, the image constantly changes…or evolves. What looks like a goldfish one moment looks like a cuttlefish the next, then a lobster, then a narwhal, then a turtle. A second projection on another wall appears at first to be a lighthouse, then a telephone pole, then a tree, then an iceberg. The piece makes you think about the slipperiness of categorization, that our brains can quickly assign new meaning to seemingly small variations of visual information, and that all things are constantly in a state of change.

You notice that nearby, people are gesturing over and around a pedestal. There’s a small sensor on top, and the gestures, somehow, cause the changes in the projection. Interaction alters the piece, sometimes drastically. You hang back and watch as others take turns being the agent of change, marveling at the fact that this relatively simple interactive artwork is powered by machine learning.

The above is a description of XOROMANCY, a recent installation by Carnegie Mellon University students Gray Crawford (CFA ’17, ’19)  and Aman Tiwari (CFA ’19), which they called “the exploration of a near-infinite space of pseudo-real images.” The student artists trained a neural network on millions of photographs, which would then generate images based on input from observers.

Let’s just get this assumption out of the way: AI in art is not coming. It’s here. AI has been used to create paintings, music, literature, and poetry to name a few disciplines. Whether or not that art is any good, we could debate all day—although Christie’s did recently sell a portrait generated by an algorithm at auction for $432,500.

The use of algorithms in the creation of artwork raises some tricky questions in the art world, possibly creating new grey areas in ownership and intellectual property.

“The person who creates an algorithm owns the algorithm. If the algorithm is critical to the creation of the art—and the artist is a separate person—there’s shared ownership that needs to be figured out,” said Brett Ashley Crawford, professor of arts management and director of the Arts Management and Technology Laboratory (AMT Lab) at CMU.

Crawford notes that in visual art, ownership is typically transferred upon sale, whereas in music and performing arts there’s often a licensing agreement or a transfer of rights rather than ownership. If an algorithm is used to create music, and then that music is streamed on Spotify, the resulting payment structures may be quite complex. Similarly, if the images, music, or data used to train an algorithm is not fully in the public domain or open source, that could complicate things even further.

“We’re still in the first generation of artists working in these spaces,” said Crawford. “In many cases people are learning as they go to market. Sometimes, they’re learning the hard way because ownership hasn’t been properly determined. There aren’t best practices or public policies yet.”

But as technology continues to progress, machines will play a greater collaborative role with artists, just as they will with so many other professionals. We can expect to see more and more art that is fully generated by AI as well as artists using AI as a tool in their artistic pursuits. Nowhere else is that more apparent than here at CMU, where AI is influencing both artistic processes and arts management education.

“AI-powered art is permeating across the university,” said Kathryn Heidemann, Assistant Dean of Heinz College and the College of Fine Arts at CMU, and head of the Master of Arts Management (MAM) program. “We’re expanding our coursework in this space, and we’ve got some exciting partnerships on the horizon.” Heidemann graduated from the MAM program herself in 2004.

New York Live Arts is partnering with CMU and the MAM program on this year’s Live Ideas festival, the theme of which is “AI: Are You Brave Enough for The Brave New World?” Heidemann quickly rattles off a host of other initiatives at CMU, including gallery shows, symposia, “Art and Machine Learning” classes, and multiple cross-disciplinary collaborations.

Carnegie Mellon students, faculty, and alumni already have an impressive track record exploring the edges of arts, design, and technology, establishing CMU as a leader in this space.

A technological future for artists and arts managers alike

When we talk about robots replacing or disrupting the human workforce across industries, we usually temper it with the assurance that some skills are fundamentally human and not automatable. Economists suggest that future jobs will require more empathy and creativity from humans, as these are not qualities easily replicated by machines.

Is that true for art and artists, though? Crawford says the truth is more complicated than that.

“Many artists are going to have to either work with coders or learn to code,” she said, adding that art schools will need to follow suit by breaking down departmental siloes and becoming more multidisciplinary. “For arts managers, these developments actually provide job security. The relationship between artwork and the audience can’t be automated. Connecting the art to the audience still requires human beings, and that’s what we do in the MAM program.”

Heidemann says the broader arts community is starting to pay attention to how AI can be used as a tool for audience engagement, audience development, and patron management.

“MAM students are taught to feel comfortable and confident with analytics and technology, including AI tools. They don’t have to be techies to use these things,” said Heidemann. “Our curriculum addresses technological disruption across multidisciplinary arts. Rather than breaking out visual arts and performing arts as separate, we bring those sides together and look at how technology is changing things and creating opportunities across disciplines.”

Crawford adds that there’s a general misconception among arts organizations that AI and technological tools are prohibitively expensive or would require a staff of IT specialists to understand and implement.

“There are many AI opportunities that are low-hanging fruit for arts organizations. Our graduates can walk in and amaze people with what they can do,” said Crawford.

Crawford says her students learn to use a new technology in every class, from project management tools and open source GIS tools to creating a chatbot.

“You have to plan for the future. Is AI here to stay? Absolutely. Part of effective training for arts managers now is to understand where you have an appropriate use for AI [or any technology],” said Crawford.

“That’s why technological knowledge is not siloed into a single class or set of classes here. It’s spread across our entire curriculum.”

Learn More About the MAM Program

Thank you to Thomas Hughes (MAM '12), Associate Director of the Frank-Ratchye STUDIO for Creative Inquiry at Carnegie Mellon University, for his help researching this article.

Kathryn Heidemann (MAM '04) is now president and CEO at the Cleveland Institute of Art. 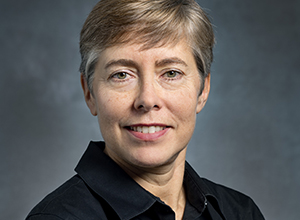 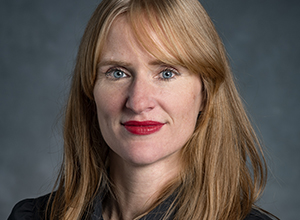 Carnegie Mellon University is partnering with New York Live Arts on their annual Live Ideas festival. The theme of this year's festival is "AI: Are You Brave Enough for The Brave New World?" The festival runs May 8-11 in New York City. Click here for program information and schedule.

Carnegie Mellon is an official partner for the festival, and MAM program director Kathryn Heidemann is one of the festival advisors. Brett Ashley Crawford (Heinz/CFA), Elizabeth Chodos (Miller Institute of Contemporary Art, CFA), and Eunsu Kang (SCS) are all presenting sessions as part of the festival's Symposium: Art X AI on May 11.