An important challenge facing media industries today is whether and how copyright policy should be adapted to the realities of the digital age. The invention and subsequent adoption of filesharing technologies has eroded the strength of copyright law across many countries, and research has shown that digital piracy reduces sales of music and motion picture content. A new study that examined the effectiveness of anti-piracy efforts in the United Kingdom found that blocking websites can be effective but only when multiple channels are blocked. The website blocking policies in the U.K. caused a decrease in overall piracy and a 7 to 12% increase in the use of legal subscription sites.

The study, by researchers at Carnegie Mellon University and Chapman University, appears in MIS Quarterly.

“Government regulators in the U.K., copyright holders, and Internet platforms are pursuing a variety of efforts to respond to piracy,” explains Michael D. Smith, professor of information technology and marketing at Carnegie Mellon University’s Heinz College, who coauthored the study. “We found that to be effective, policies must block multiple channels of access to pirated content.”

Researchers sought to determine what factors drive the success or failure of various anti-piracy enforcement actions, such as piracy website blocking, in the context of three court-ordered events in the United Kingdom in the mid-2010s. Specifically, they looked at Internet Service Providers’ blocking of a single dominant site in 2012, blocking of 19 piracy sites in 2013, and blocking of 53 video piracy sites in 2014. In each case, no pirated content was removed from the Internet, but the enforcement actions attempted to block U.K. users from reaching pirated content through particular domains.

The researchers conclude that the number of channels disrupted—and thus, the strength of the intervention—affected the effectiveness of this type of anti-piracy enforcement. They suggest it is likely that this was due to the increased search and learning costs associated with piracy—that is, the costs incurred when pirate sites are blocked and people have to invest time and effort to find and learn how to use new sites, or choose to use legal sites that cost money.

The study’s authors note several limitations to their work: First, they studied legal consumption of media only through paid legal subscription sites; users may consume media legally in other ways. Second, the results may underestimate the effect of website blocking on legal consumption. And third, because the study looked at consumer activity for only three months after each wave of blocked channels, it could not determine how long the impacts lasted.

This research was conducted as part of Carnegie Mellon University’s Initiative for Digital Entertainment Analytics (IDEA), which receives unrestricted (gift) funding from the Motion Picture Association. 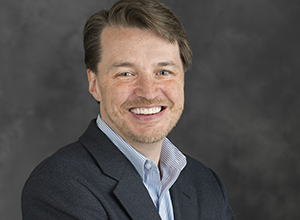