Heinz College professor Akshaya Jha is an expert in energy markets. He believes market-based solutions can make progress on climate and energy goals—but that policy should create the right incentives.

In his early days in office, President Joe Biden issued a tranche of executive orders focused on energy, the environment, and climate change. Among those orders were actions to:

Akshaya Jha, Heinz College professor and expert in energy markets and regulations, suggests that those orders and others indicate that climate policies to promote clean energy will be a priority for the Biden administration.

“Where the Trump administration explicitly rolled back environmental regulations, the Biden administration seems committed to a renewable transition from coal and natural gas to solar and wind,” said Jha. “That could include new subsidies on renewables, fewer pipelines being built, less market support for fossil fuels, and undoing those regulatory rollbacks.”

Over the next few years, Jha hopes to see an emphasis on subsidizing renewables alongside innovations like carbon capture and energy storage. Storage is among the most critical challenges for renewables—wind turbines produce energy when the wind blows, and solar produces when the sun is shining. Storage solutions are needed to make sure energy produced can be used when it’s needed.

“Even if fossil fuels are necessary to fill the gap when renewables aren’t producing, the environmental benefits from increasing production from renewables are likely to be substantial,” said Jha.

Advancements in renewable energy are not just about addressing climate change. Renewables can also play a key role in expanding energy access in a sustainable way.

In recent years, the world has made significant gains in energy access. According to the World Bank, less than 80 percent of the global population had access to electricity in the year 2000; by 2018, that number had grown to nearly 90 percent. That represents major progress in access, but on the flip side it means that 1 in 10 people in the world still lacks reliable access to energy. And some of the increases in access have come at the expense of burning more coal.

“Historically the major sources of carbon emissions in the U.S. and abroad have been coal fired power plants,” said Jha. He suggests there is inherent tension in the sustainability conversation between the goals of climate action and clean air and water, and the goal of energy access.

“Think about India as an example. As the country gets richer, more people have access to electricity and air conditioning, and most of that energy is coming from coal,” he said.

This situation is true in many developing countries—following the model of major industrialized economies in the 19th and 20th centuries. As a country gets richer, demand for energy increases, and the country’s growth tracks with increased burning of fossil fuels. In these countries, Jha says, coal is winning because it is cheap and many of them don’t have natural gas in abundance like the United States does.

“Moving forward, the hope is that a country like India can take what’s been learned globally about renewable energy and sort of leapfrog us on renewables as they deliver energy to a growing population,” said Jha. “In other words, as their economy grows, rather than relying on coal in the long run, they can develop their infrastructure with climate and sustainability goals built in, rather than having to overhaul their energy infrastructure later.”

Subsidies to spur the development of wind and solar resources, as well as electricity storage, will be especially important to meet our climate goals. Akshaya Jha 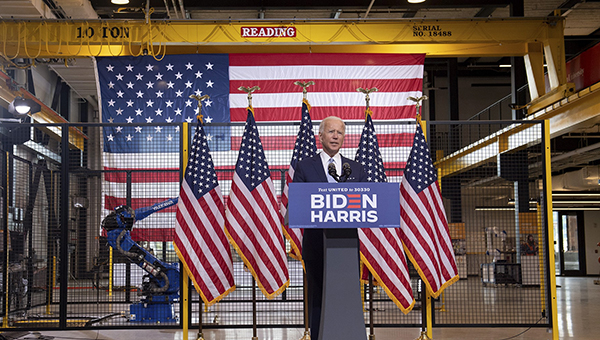 Akshaya Jha, along with fellow Heinz College professors Karen Clay and Edson Severnini, laid out their hopes for the next four years of climate and environmental policy in this feature for CMU.

Burning coal creates local air pollutants which can have a deleterious effect on exposed populations and cause health problems, as well as global pollutants such as carbon dioxide which contribute to climate change. But Jha and other researchers have found that coal can pollute local environments even before it’s burned—coal is often stored in large outdoor piles, and pollutants from those coal piles can be picked up and carried by the wind.

“The Trump administration actually proposed a rule that incentivized that practice, by subsidizing power plants that stockpiled 90 days-worth of energy onsite. You can store that much coal relatively easily, whereas with other forms of energy like natural gas its more difficult. So this was effectively a coal subsidy,” said Jha.

Energy regulation is a major focus of Jha’s research, and he suggests that switching from regulation-based controls to market mechanics can create efficiencies in power plants that both lower costs and have environmental benefits. He believes a carbon tax or cap-and-trade policies would have meaningful impacts on climate and sustainability goals, as they provide market incentives by putting a price on carbon emissions and increasing competition.

Jha also sees value in consumer-facing incentives, such as demand-based pricing that fluctuates based on time of day. Such a policy can encourage people to conserve energy at times of day that are typically more taxing on the grid, which can also help to reduce energy costs. As evidenced by the recent crisis in Texas, however, consumer-facing policies must be coupled with “smart” technologies that can: (1) automatically adjust electricity consumption to reflect time-varying prices, and (2) alert customers when prices are unusually high.

RELATED: The Texas Energy Crisis: Akshaya Jha on What Happened in the Lonestar State and How to Avoid Future Catastrophes

There are other steps consumers can take, such as purchasing energy from electricity retailers that offset the pollution emissions associated with electricity production by buying renewable energy credits—some power utilities give consumers a say in where they source their electricity—as that serves to subsidize the growth of renewables by putting more money into the system. Reducing polluting behaviors like burning outdoor fires can have an impact as well.

However, he cautions against hype in other consumer areas. Electric vehicles, he says, are only as green as the electricity they use.

“If the energy that powers your car comes from coal, you honestly may be better off burning gasoline,” he said. “But if that electricity is coming from renewables or even natural gas, then electric vehicles look better and better.” He notes that cities are making changes along these lines, mentioning that Pittsburgh has started to phase in electric buses and remove diesel buses from its fleet.

Changes at scale driven by governments and corporations have the most potential upside. In Jha’s estimation, companies can be directed via public policy and market forces, whereas directing consumer behavior is much harder to do.

“People have many different motives and opinions. Meanwhile, firms want to maximize profit,” he said, suggesting if you put a price on pollution that tracks with the damage it causes, that changes the profit structure and firms will do something about it.

“If you want to reduce pollution and combat climate change, you need to do much more than ask consumers to alter individual behaviors. You need to impact the bottom line and change the incentives.” 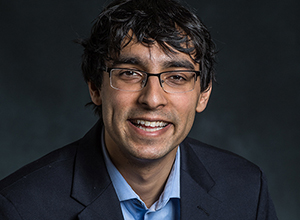 The Times, They Are A-Changin’ for Arts and Cultural Organizations