The Future of Gigs and Big Rigs

Technological advancements in artificial intelligence and mobile connectivity are disrupting transportation industries in ways that were unthinkable even a decade ago. Driverless vehicles are currently on the road, picking up passengers in areas ranging from the Las Vegas Strip to Pittsburgh’s Strip District. And ride-sharing services such as Lyft and Uber connect ordinary car owners with travelers who need a lift in the time it takes to click a few buttons on the screen of an iPhone.

Both of these technological breakthroughs are fundamentally changing the way that people communicate, commute, and travel. Ride-sharing has become a commonly utilized travel option in the everyday lives of pedestrians and business globetrotters, and driverless vehicles are poised to dramatically shift how we think of transportation. They are also having positive impacts in cities that traditionally suffer from well-known repercussions of automotive glut, including parking scarcity, pollution, and drunken driving, to name a few.

These disruptive technologies benefit consumers through high convenience and low cost, but their impact on workers who earn their living within industries that traditionally rely on human drivers is nebulous.

Thanks to the research and recommendations of a group of Heinz College Master of Science in Public Policy and Management (MSPPM) students, the potential technological influence on future workers will soon be much more lucid for policymakers who will have to make big decisions about disruptions within automotive industries, including how to manage the potential of a massive displacement of driving jobs in the coming decades. 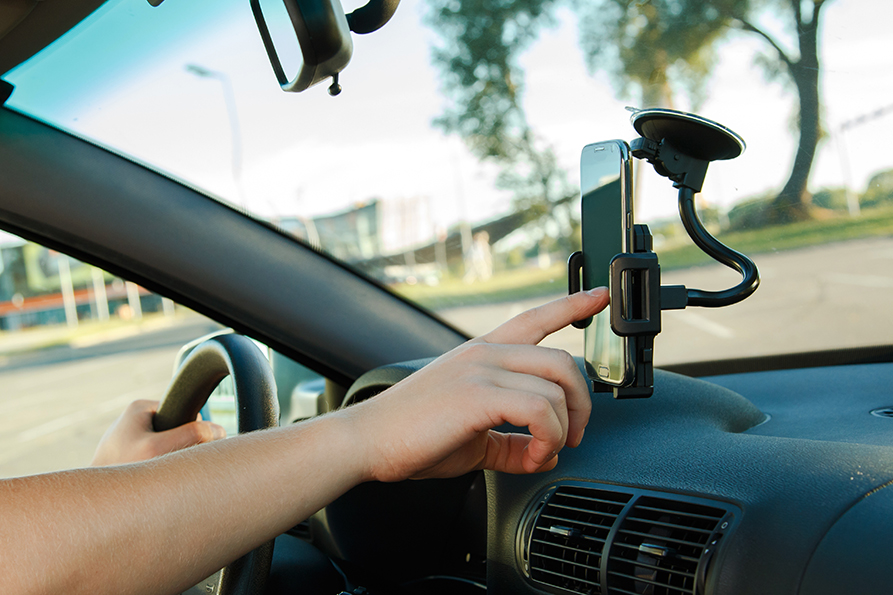 Ride-sharing companies such as Uber and Lyft rely on thousands of short-term, contract-based, “work-as-you-will” opportunities. Uber’s call to prospective employees to “drive when you want, earn what you need” cleverly sums up the simplicity of turning on the app, driving for as long as one would like, earning money, and shutting down the app at one’s convenience.

In the wake of this app-based innovation, an increasing number of workers are relying on freelance, “gig economy” jobs like driving for Uber as their primary source of income. And as these gig economy workers make up a larger percentage of the workforce, more Amercians are subsequently laboring without access to traditional benefits, such as health care, retirement, unemployment insurance, and worker’s compensation.

“Gig economy workers should really be at the table highlighting what they need, because the necessities for each worker are so different across different gig economy industries,” said Tom Coughlin, a second-year MSPPM student. “And it can be hard to define what benefits a particular industry needs.”

Jeopardizing the Future of Truck Drivers

In the case of autonomous automotive technology, studies suggest that driverless vehicles could result in significant job displacement for professional drivers, including the trucking workforce.

The Los Angeles Times refers to truck driving as “one of the last remaining careers that offer middle-class pay to those without a college degree.” But commercial vehicles in the long-haul delivery sector show signs of being the first highly automated vehicles to become adopted.

There are 1.7 million professional truck drivers in the United States and an additional 1.7 million operators of other commercial land vehicles. How could policymakers prepare for the possible elimination of many of these jobs?

“A lot of writers and economists who are currently discussing this issue don’t want to put this disruption in terms of timelines,” said Alex Romoff, a second-year MSPPM student. “We really want to add a timeline-based perspective to this debate to prepare legislators so that they can make moves ahead of time.”

The reason I wanted to come to public policy school was to help people. This project made me really think differently about the world, and it is exciting to be doing work that could potentially inform policy that helps people obtain health care benefits or save for their future. Tom Coughlin, second-year MSPPM student

Two groups of second-year MSPPM students studying in Washington, D.C. are currently working with the Aspen Institute's Future of Work Initiative to develop policy recommendations to help legislators prepare for and address both of these pressing issues for people who drive for a living.

“We are talking to organizations that are currently figuring out ways to deliver benefits to contract workers,” said Coughlin. “So far, our team has designed an evaluation framework so that we can really figure out a way to assess these different benefits models and to identify best practices, with the ultimate goal being to recommend a delivery mechanism for essential benefits for gig economy employees.”

For Romoff and his group, their primary goal is to determine how highly automated commercial vehicles could disrupt the trucking workforce and long-haul trucking industry, and how states and state trucking advocacy groups are responding to this potential disruption.

“We want to drill down on specific topics and engage people across the industry: technologists, economists, actual truck drivers,” said Romoff. “Speaking to them about workforce issues and getting their opinion was something that was underrated in a lot of the literature that we came across. And speaking to the Amazons and the Wal-Marts of the world and trying to see where they’re looking towards the future.”

While both Coughlin and Romoff are a few months away from making their final recommendations to the Future of Work Initiative, they are both excited to be working on projects that are on the cusp of innovation and adoption, and on policy ideas that have the potential to dramatically improve the lives of their fellow citizens.

“The reason I wanted to come to public policy school was to help people,” said Coughlin. “This project made me really think differently about the world, and it is exciting to be doing work that could potentially inform policy that helps people obtain health care benefits or save for their future.”