The act of voting during a pandemic is fraught. The ability to participate in our democracy is a right that millions of Americans treasure, something between a civic duty and a sacred practice. But during COVID-19, can exercising one’s right to vote put them at greater risk of contracting the virus?

That sticky question has injected a great deal of uncertainty to what would normally be a busy primary season in a presidential election year, as voters across the U.S. have sought to cast their ballots in nominating contests for President, U.S. Senate, Congressional seats, and other crucial state and local offices. Carnegie Mellon data scientists—led by Heinz College and Machine Learning Department professor and Data for Social Good specialist Rayid Ghani—have teamed up with the nonprofit Voter Protection Corps to examine recent electoral disruptions and poll closures, as well as voting behavior.

Like so much else since March, voting is an aspect of our civic life that has seen massive disruption in the age of coronavirus. This is due to the process’s reliance on physical infrastructure—in the 2016 general election, nearly 110 million Americans voted in-person at an early voting location or polling place on Election Day. Due to COVID-19, many states’ primaries that were originally scheduled for March and April were postponed. Some states cancelled in-person primary voting entirely, encouraging residents to vote by mail instead—in some cases, state officials even went a step further and proactively sent applications for absentee ballots to every registered voter in the state.

And that all makes sense on its face. In many jurisdictions, in-person voting involves standing in line with fellow residents to enter a polling place, which are often poorly ventilated community spaces such as school gymnasiums, houses of worship, and government buildings—conditions that can increase risk of exposure to the coronavirus. Many states have sought to expand early voting and no-excuse absentee voting in response to the pandemic, so people do not need to risk their health to vote.

The problem is that eliminating in-person voting can disenfranchise voters. While expanded vote-by-mail can make it easier for some populations to vote and potentially bolster overall turnout, Voter Protection Corps advocates that mail-in voting expansion should happen in addition to robust in-person voting and early voting, not as a replacement.

“There are a lot of barriers to mail-in voting for some voters,” said Ghani. “You need to have a stable address. You have to be aware that you can vote by mail. You have to request a mail-in ballot. And you have to fill it out correctly and return it early enough for it to count, which is increasingly becoming an issue due to the recent USPS cuts. We do want people to vote by mail as much as possible because that’s the safest option, but then also prioritize which places will need more support for in-person voting to ensure everyone can vote.”

The work by Gilbert and Lamba found that decisions to close polling locations—especially in urban areas as some communities have done in response to COVID-19—have a disproportionate impact on low-income voters, communities of color and other historically marginalized groups, as well as young voters. On average, voters in these groups already experience more crowded polling locations and long lines in order to vote.

“These groups also vote in person at higher rates,” said Ghani. “Removing in-person access may have the consequence of suppressing these voters, exacerbating existing inequalities and infringing on their constitutionally protected voting rights.” 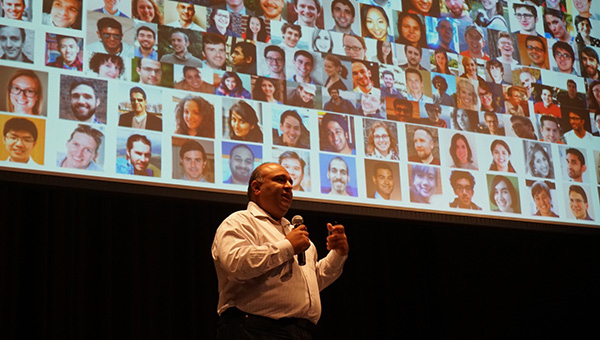 Ghani is also a director of the DSSG Foundation, which created the Solve for Good platform where orgs can submit public interest projects with a data intensive need and volunteers can sign up to help.

The pandemic is creating a wide array of other irregularities that may make it difficult to get all voters ballots in the mail—not the least being a national economic crisis and resulting housing crisis that may cause many voters’ addresses to change on short notice.

The CMU team unearthed other insights from the data: that a relatively small number of polling places are housed in senior communities, and those polls should be moved to other locations to protect residents; also, that these locations are spread evenly among urban and rural areas. There are fewer polling places per capita in urban areas—which underlines the importance of protecting neighborhood polling places—and the majority of in-person polling places exist in spaces that are operated by local municipalities and are well-suited to social distancing guidelines and expanded early voting. They recommend these polling places could be adapted rather than closed.

At the same time, by implementing successful mail-in voting and expanded early voting, local jurisdictions can potentially reduce the number of voters who need to vote in person on Election Day, which would help election officials more easily maintain the social distancing and sanitation protocols needed to ensure in-person voting is safe.

Ghani said he’s excited for partnerships like this, because they give data scientists opportunities to use their skills to protect civil rights and other matters in the public interest in an actionable manner. While voter protection efforts have traditionally been the purview of lawyers and activists, data scientists can aid them by using data to prioritize and target their efforts, and allocate resources for the greatest effect.

“Every data scientist should look for opportunities like this to have a real impact,” said Ghani. “What data science can do for this type of problem is not come up with new discoveries, but rather combine information from different sources and highlight where there are gaps. We can play an important role by providing organizations like Voter Protection Corps with data-driven, prioritized lists that help them translate that data into concrete action.”

For another effort with Voter Protection Corps, Ghani’s CMU team—Gilbert, Lamba, and Data Science for Social Good program manager Jessica Toth—created a Voter Resource Prioritization Toolkit that uses public data to identify counties with significant gaps between demand for in-person voting and the supply of resources and poll workers needed to meet that demand. Such gaps can lead to disenfranchisement, according to Voter Protection Corps.

These may be counties with a high number of people from groups who vote in-person at higher rates, have historically had a low number of voting machines per voter, and had fewer polling locations per voter.

“Our team looked at that data in conjunction with survey data that tells us how difficult it’s been for states to recruit poll workers in those places,” said Ghani. “Using data to identify the counties most at-risk of voting challenges can help officials and advocacy organizations prioritize where to divert resources and ramp up recruiting in time for the November election.”

The full report is available now from Voter Protection Corps.

RELATED: CMU experts have been working across disciplines to strengthen democracy, including efforts to fight misinformation, combat gerrymandering, and enhance election security. 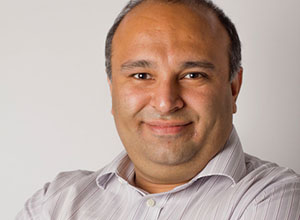