Hold Tight and Pretend It’s a Plan: Big Data and BBC's 'Doctor Who'

By Sophie Wodzak and Scott Barsotti

From Doctors to monsters, Heinz College students have a transatlantic impact by delivering key insights to BBC Worldwide.

The BBC television series Doctor Who has millions of devoted fans all over the world, and many of them would claim to be experts on the show. But to find experts on “Whovians” themselves, look to Heinz College.

A team of five Master of Information Systems Management (MISM) students worked with BBC Worldwide to analyze content on the Doctor Who YouTube channel in order to grasp why some content played better to the show’s rapidly growing fan-base. These insights would in turn help the BBC boost fan engagement on the channel and raise the profile of the Doctor Who brand.

For the non-Whovians out there, Doctor Who concerns the interdimensional adventures of “The Doctor,” a Time Lord from the planet Gallifrey, as he and his companions travel through space and time protecting people and thwarting many monsters and cosmic foes along the way. A crucial plot device is that the Doctor occasionally regenerates into a new humanoid form, introducing a new actor into the role, like a metaphysical James Bond (a popular fan theory supposes the iconic British secret agent may actually be a Time Lord himself, but that’s a different matter).

The first episode of Doctor Who aired in 1963, and the original incarnation of the series ran for 26 seasons, going on hiatus in 1989. The show stayed gone (save a 1996 TV film) until 2005, when the series was rebooted. In its history, twelve actors have played the Doctor, and every Whovian will adamantly claim a different favorite.

But with a show that involves so many actors, villains, and story lines, how in the universe could the BBC determine what content would best engage online viewers, and why? Was it clips from the show? Teasers and trailers? Original content?

“At the time we had 52 years of Doctor Who to work with. There are so many variations and so many different combinations [of elements],” said Alex Ayling, Head of BBC Worldwide Digital Studios.

Even with such a massive amount of content, the BBC was aware of some big picture ideas, such as that videos showing the Doctor regenerating and changing forms tended to be very popular. However, this project provided data that allowed them to do deeper analytics and discover some unknowns. For example, the students were able to determine that the optimal length of a clip depends heavily upon the mood of that clip.

Brett Danaher, the Heinz College faculty advisor on the project, likened the students’ efforts to Pandora Radio’s Music Genome Project, which endeavored to break songs down into fundamental building blocks. Danaher said the group wondered whether the same philosophy couldn’t be applied to Doctor Who videos.

“We looked at obvious things [in the videos] like which Doctors were present and which monsters, and if we see the TARDIS or not,” said Danaher, referring to the Doctor’s ship, which resembles a blue British police box and is one of the show’s most recognizable symbols. “[Then we looked at] some less obvious things like ‘what percentage of the video is covered by music’ and ‘what’s the general mood of the video?’ Really breaking these videos down to their constituent components.”

The team used Amazon Mechanical Turk, a crowdsourcing Internet marketplace, to gather user responses to the content. After watching videos, the test users (known as “turkers”) were paid to answer a series of questions about what they just watched. Some questions were simple, such as which characters were featured in the clip and whether the BBC logo was clearly visible, while others more complex, such as what emotions were presented.

The MISM students employed predictive analytics and multiple regression models to determine which elements were associated with more fan response across the relevant metrics: ‘views,’ ‘likes per views,’ and ‘average percentage viewed.’

The students were able to link certain content variables to a video’s performance among viewers. Correlations were drawn, for example, between specific Doctors or monsters and specific moods or tones. Or, as Ayling put it, the things that were hidden to the eye.

“Understanding our own content in a deeper way was really helpful,” said Ayling.

“They were so diligent and dedicated. It can be very easy to reduce everything down to anonymous data, but they took the time to understand what was driving those data points.”

Danaher suggests that this type of analysis isn’t limited to Doctor Who, that the BBC could do the same thing with other major titles, like Top Gear, in order to build brand excitement in an even more purposeful and targeted way. Ayling says that no matter what BBC Worldwide does with big data, the goal is always to serve fans and provide them with material that resonates.

"These data help us make better decisions…that [results] in better content being created and curated for our audience,” said Ayling.

Whether you prefer Daleks, Cybermen, or Weeping Angels, that’s a reason to cheer.

Doctor Who, In Numbers

Doctor Who is a BBC series with a legacy spanning over 50 years. 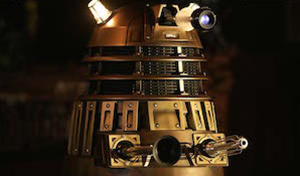